'Gone With the Wind' Dress Up for Auction 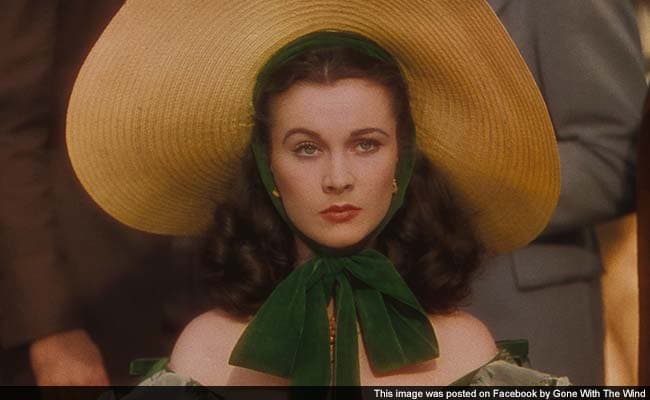 Vivien Leigh played Scarlett O'Hara in the cinema classic 'Gone with the Wind'. Scarlett O'Hara's bonnet is one of the items that features in the sale.

A dress that Vivien Leigh wore in her Oscar-winning role as Scarlett O'Hara in the cinema classic "Gone with the Wind" is coming up for auction next month.

Heritage Auction said Thursday the blue-gray ribbed cotton dress with black details could fetch more than $100,000 when it goes on the block April 18.

It's among some 150 items from the collection of James Tumblin, who over the years has amassed more than 300,000 artifacts connected with the 1939 epic.

"Very rarely does memorabilia of this caliber come to market," said Heritage Auction managing director Kathleen Guzman in a statement.

Tumblin, former head of hair and makeup at Universal Studios, recognized the dress when he came across it at a Los Angeles theatrical costume supply outlet.

Upon learning it was about to be thrown out, he paid $20 for it -- after a bit of haggling.

Opening bid for the dress -- which Leigh wore in four key scenes -- is $60,000 plus buyer's premium, the auctioneers said.

Promoted
Listen to the latest songs, only on JioSaavn.com
Other lots featured in the auction include a period gray suit that Clark Gable wore when his character Rhett Butler kicked down O'Hara's door.

Also up for bidding: a period blouse that Leigh wore in the film's "I'll never be hungry again" scene.