All the inhabitants of Pripyat, a town built just two kilometres from the plant to house its employees, were evacuated 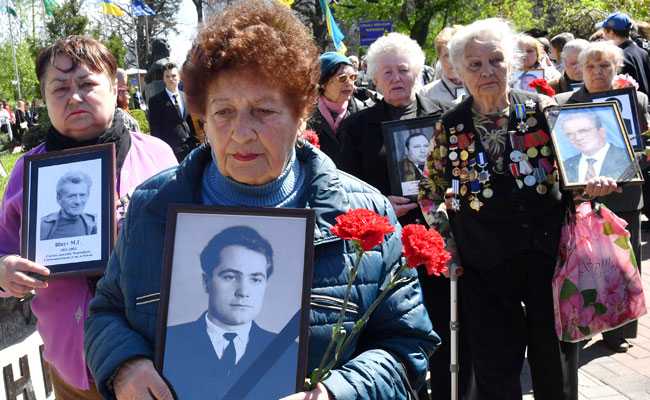 Widows carry the pictures of their late husbands, who were "liquidators" in Chernoby

Pripyat, Ukraine: Natalia Shevchuk gazes at the peeling walls inside her old flat and tears run down her cheeks: 32 years after the Chernobyl disaster she is finally revisiting her childhood home in the ghost town of Pripyat.

"Come inside: this is Apartment No. 3, we lived here until 1986," she says, as memories stir up from when she was 18, the last time she was in the building. 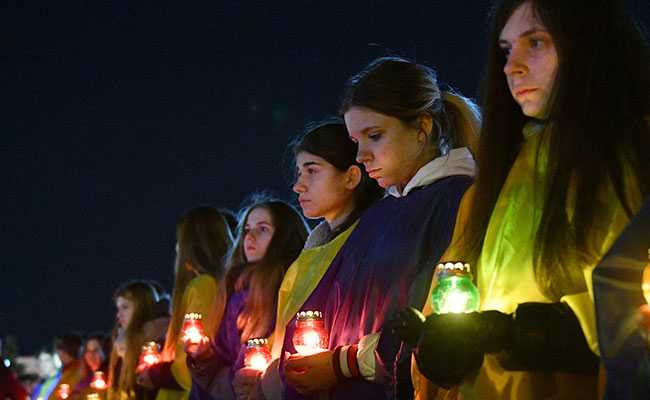 Now 50, Shevchuk's world was ripped apart on April 26, 1986, when a reactor at the Chernobyl nuclear power plant exploded in then-Soviet Ukraine, spewing a cloud of radioactive material across several European countries.

All the inhabitants of Pripyat, a town of nearly 50,000 built just two kilometres from the plant to house its employees, were evacuated the day after the world's worst nuclear disaster. 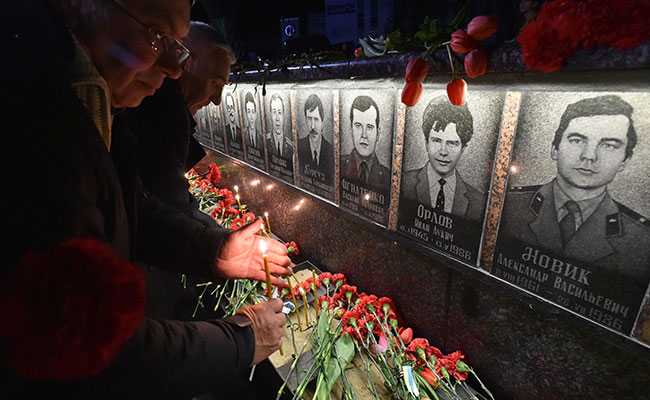 Shevchuk's parents and her sister were among those who fled, while she happened to be staying in Kiev at the time.

On a tatty bookcase, some of the family's old books lie unread amongst the dirt, dusty relics of another century.

"It was my mum who bought this one," Shevchuk says.

She points to a yellow-coloured book called "Ulyanovs" about the family of Vladimir Ilyich Ulyanov, the Russian revolutionary better known as Lenin, and starts to cry.

The huge meltdown at Chernobyl poisoned the air with deadly radioactivity but the disaster was initially covered up by the Soviet authorities.

Mikhail Gorbachev, the Soviet head of state, did not make a public statement about it until May 14, more than two weeks after the event. 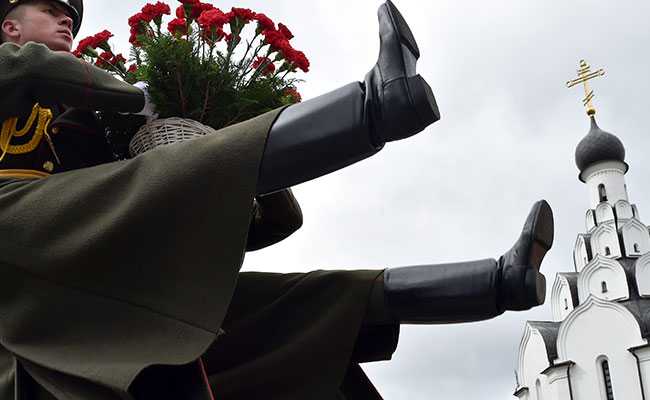 Eventually, nearly 350,000 people were evacuated from within a 30-kilometre radius around the plant, an exclusion zone that remains uninhabited, apart from some 150 elderly residents who returned despite an official ban.

"It was a very hard blow for them," Shevchuk recalls.

"My parents could not accept the fact that they would not return here again."

Her father came back to help in the power plant clean-up operation in the years afterwards but like other former residents was barred from living in his old home. 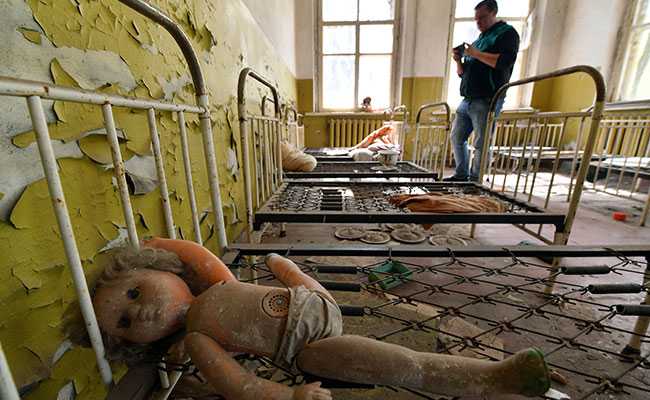 For a long time Shevchuk, who now lives in Kiev, did not feel mentally ready to return to Pripyat and see the town of her childhood.

"I wondered what impact (the radiation) would have on my health because I had children to raise," she says.

"But this year, I realised it was time to go, because the buildings are falling apart."

The decaying remains of the town have come to symbolise the effects of a nuclear disaster.

Blocks of flats stand with broken windows, roads are covered with moss, and dense vegetation has made the deserted neighbourhoods almost unrecognisable.

As a Geiger counter beeps continuously, signalling high radiation levels, Shevchuk pushes through the undergrowth and uses a GPS navigator to find the address she is looking for: 30 Lesya Ukrainka Street.

She is with her husband on a day-long tour of the area.

"Do you think I can go inside?" she asks.

The authorities in charge of the exclusion zone forbid entering buildings because of the risk of collapse -- but they walk into the dark entrance hall.

"Here is the list of residents! Shevchuk, apartment number three! That's my surname!" she cries out.

Hurriedly walking forwards, she arrives at the entrance of her old apartment on the ground floor. The front door stands open and she goes inside.

"It's so small, it used to be so big," she says, commenting on the living room as she crosses the crumbling, mouldy floor.

Her husband Volodymyr, a strongly built man with a buzz cut, films the moment so they can show their two sons back home.

"She was dreaming about this for a long time and I said: 'Let's go,'" he says.

Later, she regains her composure and almost looks serene.

"I didn't expect ever to get here," she says.

"I've found what I had lost, at least a small part of my memory," adding that she feels "guilt" that the disaster was allowed to happen.

"It was a shock at first, but now I feel I have done my duty to my town and my apartment," she says.

Promoted
Listen to the latest songs, only on JioSaavn.com
"I don't forget and I never will forget."