Tracking the journey of the vessel, Peak Pegasus was the 34th-highest trending topic on the country's Twitter-like Weibo on Friday. 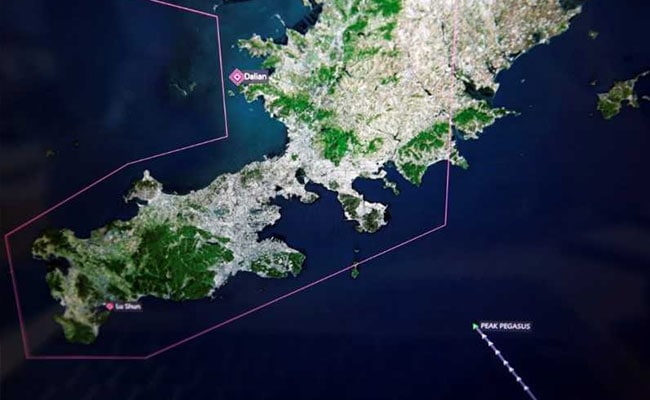 It is not often that the niche world of commodities trading enters the public conversation, but on Friday China's social media was rooting for a ship carrying soybeans from the United States to beat the deadline before Chinese tariffs kicked in.

Tracking the journey of the vessel, Peak Pegasus, as it motored towards the northern Chinese port of Dalian was the 34th-highest trending topic on the country's Twitter-like Weibo on Friday, beating out the World Cup, showbiz gossip and Beijing's escalating trade war with Washington.

Reuters was the first to report on the final stages of the vessel's one-month voyage to China as the countdown began for the United States and China to impose their tit-for-tat duties on $34 billion worth of each other's goods.

Weibo users offered encouragement and support to the cargo, which left Seattle on June 8, as it became uncertain whether the ship would dock and unload its cargo before noon on Friday when the new tariffs took effect.

"You are no ordinary soybean!" said another.

Soybeans are the top US agricultural export to China, with the trade worth $12.7 billion in 2017.

Last week, the Peak Pegasus had been scheduled to land with just hours to spare, according to Thomson Reuters Eikon shipping data. Its arrival was pushed back in recent days to 5 p.m. (0900 GMT) on Friday.

Alas, the Peak Pegasus fell short. At 5:30 p.m., it was at anchor near Dalian, missing the noon deadline.

The comments showed how aspects of Beijing's rift with Washington have seeped into the public consciousness. They also offered a rare moment of humour in an increasingly acrimonious row between the world's top two economies.

Chinese state media have slammed the protectionist policies of US President Donald Trump and on Friday likened his administration to a "gang of hoodlums", but the trade conflict has gained little traction on China's tightly controlled social media.

Still, one Weibo user with tongue firmly in cheek worried that the soybeans might get seasick, while another offered the beans some wry advice on how to avoid getting snarled up in the deepening row.

"Poor little soybeans. Try to become a bean sprout, maybe it's not on the tariff list," the user said.

One post offered to take the beans on a romantic break to Turkey.

It is not the first time the Peak Pegasus has had a starring role in Beijing's trade showdown with Washington. In April, the ship detoured to South Korea from southern China after the country imposed hefty margin deposits on imports of US sorghum, a grain used to make liquor and animal feed.