Girl Walked Into Police Station And Blew Herself Up. She Was 7 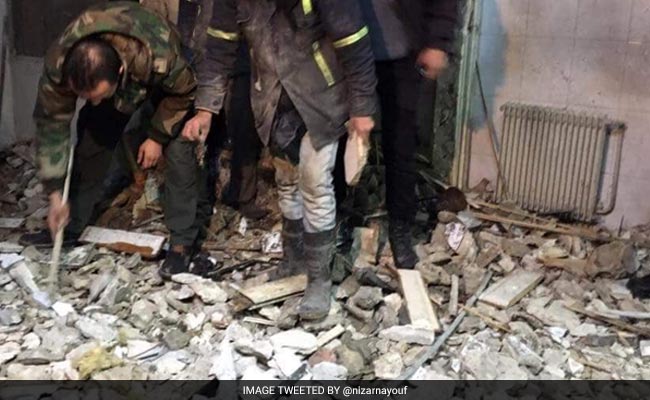 The Midan police station in Damascus where the seven-year-old girl allegedly blew herself up.

Damascus: A seven-year-old girl wearing an explosives-laden belt blew herself up inside a police station in Damascus on Friday, Syrian state media reported. The explosion in the bustling Midan neighbourhood in south-east Damascus wounded three police officers, said the Al-Watan daily, which is close to the Bashir al-Assad government. "A seven-year-old girl entered the police station, carrying a belt that was detonated from afar," the paper posted on its Facebook page.

A police source told Al-Watan that the girl had appeared lost and asked to use the bathroom when the explosives went off.

State-run Ikhbariya news channel showed blurred images of what looked like a blackened girl's head in a blanket, and scenes of destruction inside what it said was the police station.

Although rebel groups have fired rockets and mortar rounds into the capital, explosions inside the city itself are rare.

Syrian state news agency SANA said earlier there were preliminary reports about a "terrorist explosion at the Midan police station in Damascus".

The Syrian Observatory for Human Rights confirmed there had been a blast in Midan but said it could not specify the cause.

Observatory head Rami Abdel Rahman told AFP that "one woman" was killed in the blast, but it remained unclear whether she was a suicide bomber or a bystander.

In early 2012, a suicide bomber killed 26 people when he blew himself up in Midan.