German Chancellor Angela Merkel hailed private initiatives around the world on climate protection, including in the United States, saying they would help ensure 'more prosperity and opportunities for the world'. 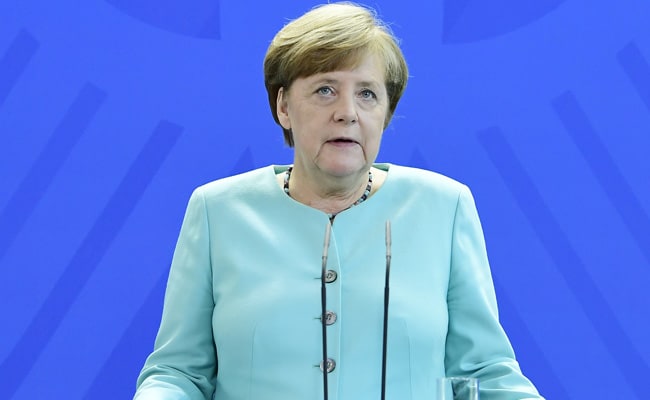 German Chancellor Angela Merkel gives a statement at the Chancellery in Berlin.

Berlin: German Chancellor Angela Merkel on Friday pledged "more decisive action than ever" to protect the climate after the US pullout from the landmark Paris accord.

"We in Germany, in Europe and the world will band together to take more decisive action than ever to confront and successfully surmount major challenges to humanity such as climate change," she told reporters.

In a strongly worded statement, Merkel said US President Donald Trump's announcement to turn his back on the Paris pact was "highly regrettable, to put it very mildly".

"This decision cannot and will not stop those of us who feel obligated to protect our Earth," she said.

Calling the Paris pact a "historic quantum leap," she said that Germany would live up to its "obligations under this agreement, particularly on financing of climate assistance for the poorest and most vulnerable countries in the world".

She said it would be a "rocky road" toward full implementation of the agreement but called it "irreversible".

Merkel hailed private initiatives around the world on climate protection, including in the United States, saying they would help ensure "more prosperity and opportunities for the world".

She vowed to make a success of the next round of UN climate talks in the western Germany city of Bonn in November.

"I say to all those for whom the future of our planet is important: let us continue on this path together so that we can succeed for Mother Earth," she said.

(Except for the headline, this story has not been edited by NDTV staff and is published from a syndicated feed.)
Comments
German Chancellor Angela MerkelParis Climate AccordUS President Donald Trump