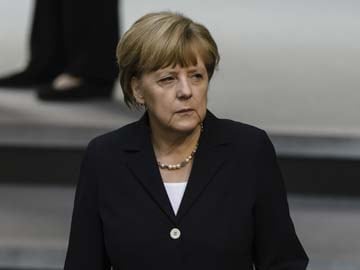 Berlin, Germany: German Chancellor Angela Merkel heads to China this weekend for her seventh visit, eager to deepen trade and investment ties between the export powerhouses of Europe and Asia.

For the EU's biggest economy, China is a crucial mass market, where companies want its technology and millions of newly prosperous crave German goods from Audi sedans to luxury home appliances.

Merkel is set to travel with a high-powered business delegation including top executives of Siemens, VW, Airbus, Lufthansa and Deutsche Bank, the Bild daily reported this week.

Government officials did not confirm the line-up but said corporate chieftains hope to sign deals in Beijing's Great Hall of the People that could further cement bilateral business ties.

China is Germany's number-two export market outside Europe after the United States. It sold goods worth 67 billion euros ($91 billion) to China last year, while imports from the Asian giant topped 73 billion euros.

"Over the last decade or so German exports to China have grown exponentially," said Hans Kundnani, research director at the European Council on Foreign Relations.

"The big turning point was the 2008-09 financial crisis and the subsequent euro crisis, when the bottom fell out of some of Germany's markets in Europe and... the Chinese market became even more important.

"There is now this almost perfect symbiosis: Germany needs an export market and China needs technology."

During her past trips, Merkel has been demonstrably impressed with China's rapid economic transformation.

She has often argued that crisis-hit Europe needs to shape up and reform if it wants to survive on the global market place as populous giants like China continue to develop.

Premier Li Keqiang will Monday receive Merkel with full military honours for what under Chinese protocol is considered a state visit, despite the fact the chancellor is Germany's head of government.

When she meets President Xi Jinping, it will be the second out of three scheduled meetings this year the third being a joint cabinet session in October in Berlin, a unique format for Beijing.

Merkel starts her three-day trip on Sunday in Chengdu, the capital of the southwestern Sichuan province, which at over 80 million people has about the same population as Germany.

In the city of 14 million, where some 160 German companies are active, she will visit a plant of automaker VW's local joint venture and attend a forum on urbanisation.

In a nod to the social problems that have accompanied China's rise, she will also visit a social centre helping children of internal 'migrant workers'.

At a joint business council in Beijing, the German side is expected to address sticking points such as fair market access for foreign companies and respect for intellectual property rights.

Trickier questions on human rights are likely to be discussed quietly, behind closed doors, an approach that German officials argue can be more effective in China than finger-wagging reprimands.

There is no shortage of obvious issues. For one, Berlin is currently hosting the biggest ever exhibition by Chinese dissident artist Ai Weiwei, which Beijing has barred him from attending.

Analysts say Merkel  who angered Beijing in 2007 by meeting Tibetan spiritual leader the Dalai Lama is unlikely to allow rights questions to derail the tight relationship.

"My sense is that human rights are increasingly being subordinated to Germany's economic interests," said Kundnani. "Germany is not pushing these issues as much as it used to."

He pointed out this could be a lost opportunity given that "Germany, because of its economic relationship with China, is probably the one EU member state that has any kind of leverage over China".

Promoted
Listen to the latest songs, only on JioSaavn.com
More difficult to navigate, say commentators, will be the tense territorial disputes between China and its neighbours such as Vietnam and Japan, its tensions with the United States, or recent pro-democracy protests in Hong Kong.

"We have had a golden decade in bilateral relations," said Sebastian Heilmann, head of the Mercator Institute for China Studies in Berlin. "But now they are heading into more troubled waters."