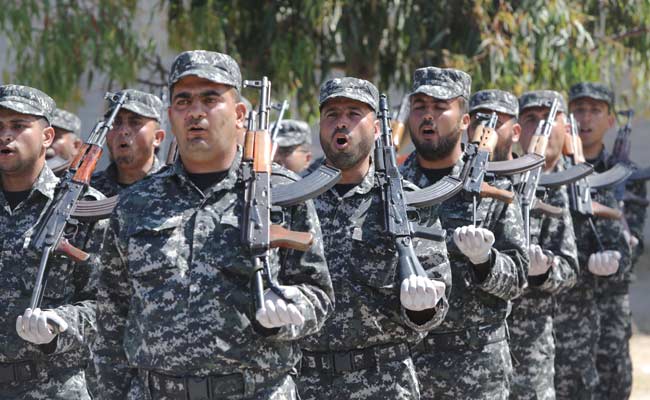 Gaza City: Two Hamas terrorists were killed and three were missing after a tunnel in the Gaza Strip collapsed, the Islamist group's military wing said Thursday.

The Al-Qassam Brigades named the two killed as Rami Muneer al-Arier and Ismail Abdul Kareem Shamali, saying they died "following the collapse of a resistance tunnel".

A source close to Qassam said five terrorists were in the tunnel when it collapsed and efforts were continuing to find and rescue the other three.

Since the beginning of the year, 22 Qassam terrorists have been killed "preparing equipment", the group said in a statement, the majority in a string of tunnel collapses.

Over the years, the Hamas rulers of Gaza have built a labyrinth of tunnels, including those crossing under the border with Israel, for use in any renewed conflict.

Israel and Palestinian terrorists in Gaza have fought three wars since 2008 and the territory has been under an Israeli blockade for a decade.

Attack tunnels were a key weapon for Hamas during the last conflict in 2014, with a number of surprise attacks inside Israeli territory.

The group also built a vast network of tunnels under the border with Egypt to smuggle goods and allegedly weapons but those have been severely disrupted by Cairo's establishment of a no-man's land along the frontier.
Comments
HamasIsrael and PalestineAl-Qassam Brigades