Gave Pak N-bomb, but was 'stabbed in back' by army: AQ Khan 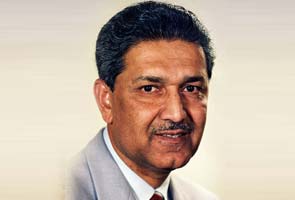 Islamabad: Disgraced nuclear scientist A Q Khan has said he did Pakistan a favour by making the atomic bomb but was "stabbed in the back by the very people who benefited most" from his work - the army.

Khan, who now gets a "special pension" from the Pakistani army, also contended that India and Pakistan have not fought a war since 1971 because both countries possess a nuclear deterrence and are aware of the consequences of using atomic weapons.

"The deterrence of nuclear weapons lies in the fact that both sides know that the other can retaliate in kind," he said in an interview to Germany's Der Spiegel magazine.

Pointing out that there were no wars in Europe since 1945 due to the presence of the nuclear deterrence, he said the same was true "between India and Pakistan since 1971."

"The Kargil skirmishes (of 1999) were localised and the issue of the use of nuclear weapons never arose. We may be naive, but we are not idiots. Both sides know what the consequences would be," Khan said.

Khan, who was placed under house arrest in 2004 after he confessed to running a clandestine nuclear proliferation network, was responding to a question on whether a nuclear war between India and Pakistan could be won by either of the countries.

"Nuclear weapons are a means of ensuring peace by using it as a tit-for-tat threat. I am convinced that there will never be another war between India and Pakistan as a consequence thereof," he said.

Asked about his public confession on television about selling nuclear technology out of greed for profit and his subsequent retraction, Khan said, "I took sole blame for this whole episode because the political leadership urgently asked me to do so.

"(Former military ruler) Gen Pervez Musharraf promised me a full pardon with complete rehabilitation. However, within a few days the mischief started and he started talking of a conditional pardon, the consequences of which we now all know.

"Our house was searched and bugged, our phones and Internet connection were disconnected."

Replying to a question on whether he felt tricked, Khan said: "Tricked is not the right word. I feel stabbed in the back by the very people who benefited most from my work i.e. the army."

Asked if he regretted having built the atomic bomb, he replied, "I still believe I did Pakistan a favour".

He claimed that Pakistan "was forced to go nuclear in response to the Indian tests and political aggression".

Asked whether Pakistan's nuclear arsenal was safe in the aftermath of last month's terrorist attack on a naval airbase in Karachi, Khan said: "This hype has been created by the West. There never was, there is not and there never will be any threat to our nuclear assets.

"Right from the early 1980s on, the army put a fully fail-safe mechanism in place, which was subsequently improved upon by successive army chiefs."

Khan said the "plant was always secured by a fully-armed army contingent and the perimeters were made impregnable using various tiers".

He did not specify which plant he was referring to.

The security of Pakistan's nuclear assets is taken care of by the National Command Authority, which has "put in place a system whereby decisions are to be taken by a number of people who also possess specific security codes", he said.

"It would thus be impossible, even if there were an infiltration of extremists, to pass all the components of the security system and get to the bomb," Khan contended.

Asked specifically about being involved in the business of nuclear proliferation with countries like Libya, Iran and North Korea, Khan replied, "I did not indulge in proliferation and there is no such thing as an 'A Q Khan network'."

Khan claimed international suppliers "were willing to sell to anyone able to pay and they didn't need me for that".

The suppliers to Libya and Iran "were the same as the ones Khan Research Laboratories used", he said.

Pakistan had a contract for producing missiles with North Korea, which "already had their own plutonium production programme and they used plutonium in their test procedures".

Logistics and security at Pakistan's plant was in the hands of the army, which "checked each and every item that came in or left", he claimed.

"How then could I have sent things to any country without the army's knowledge?" Khan questioned.

Promoted
Listen to the latest songs, only on JioSaavn.com
He claimed he never dealt in nuclear weapons or benefited financially from doing so.

"If that had been the case, would the (Strategic) Plans Division, the army unit I worked with, now be paying me a monthly 'special pension'?" he asked.