Police arrested two refuse collectors who having stolen a garbage truck, planned to unload it at Macron's party headquarters. 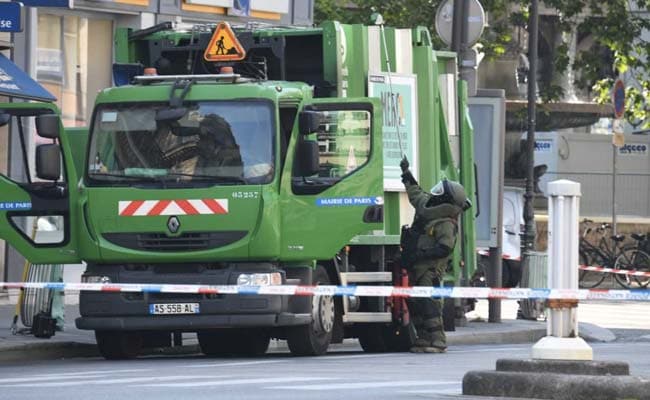 Security forces have been on high alert following a string of jihadist attacks since 2015. (AFP)

Paris, France: Two refuse collectors were arrested Friday morning in central Paris after stealing a garbage truck with plans to empty the load at the headquarters of President Emmanuel Macron's Republic on the Move (LREM) party.

Officers intercepted the truck, taken from a depot in the northern 18th Arrondissement of the city, not far from the party offices in central Paris, a police source told AFP.

At least a dozen officers with guns drawn surrounded the truck, warning bystanders back as they secured the area before apprehending the men and calling in an explosives-removal team.

Security forces have been on high alert following a string of jihadist attacks since 2015, most recently a knife rampage in the same area of Paris on May 12.

At the same time on Friday, more than 100 CGT union activists occupied the LREM premises, near the main Paris opera house to protest the government's plans to overhaul French public services. Baptiste Talbot, a CGT official, told AFP they had cut off water and electricity to the building before leaving.

Public-sector workers have staged a series of strikes and demonstrations against the reform plan, which calls for the greater use of contract workers for some services and a cut of 120,000 state jobs out of 5.6 million in total by the end of Macron's term in 2022.

Promoted
Listen to the latest songs, only on JioSaavn.com
Their protests come as workers at the national rail operator SNCF are protesting a reform plan which would deny job-for-life and early retirement guarantees to new hires.