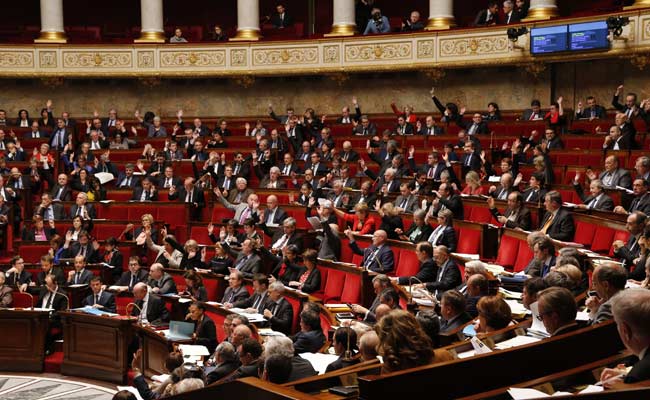 French MPs vote for state of emergency declared by the French president until the end of February, at the National Assembly in Paris on November 19, 2015. (AFP)

Paris: French lawmkers voted today to extend a state of emergency in the country for three months after the devastating terrorist attacks in Paris.

President Francois Hollande announced the state of emergency shortly after the bloodbath on Friday night which left 129 people dead.