Philippe Klein is head of the International SOS Hospital in Wuhan, the first city to be locked down by Chinese authorities as they battle the spread of the virus. 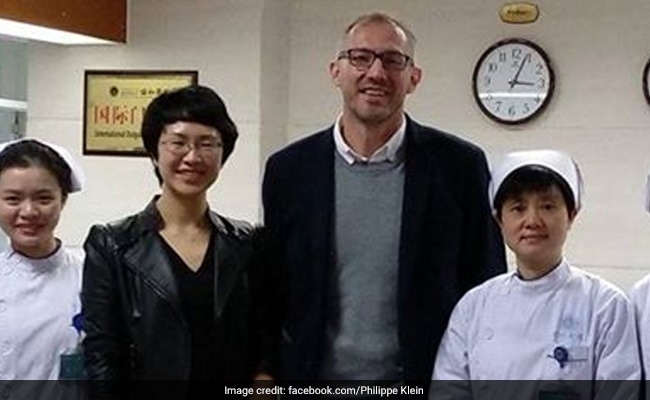 Philippe Klein is head of the International SOS Hospital in Wuhan. (Facebook)

France is preparing to airlift hundreds of its citizens from the Chinese city at the centre of a deadly coronavirus outbreak, but one Frenchman is staying put.

Philippe Klein is head of the International SOS Hospital in Wuhan, the first city to be locked down by Chinese authorities as they battle the spread of the virus.

"It's not an act of heroism. It's been well thought out, it's my job," Klein said of his decision to stay.

"I think I'll be much more useful here than in France."

The new coronavirus has killed 170 people so far in mainland China, with thousands infected across the country. The virus has been detected in more than a dozen other countries, including as far away as the United States and Canada.

Klein told AFP he wants to help the local French community. Some 500 French nationals are registered with the nation's consulate in Wuhan.

French auto giant PSA and Renault have factories in the city, and the local universities run exchange programmes with institutions in France.

Not all French nationals are leaving -- some for professional or family reasons, and others do not want to spend 14 days in quarantine upon their return to France.

But Klein, a father of four who has been based in China for six years, recommends they do leave.

"The concern now is that the Chinese hospitals are currently one hundred percent mobilised in controlling this coronavirus epidemic, so there are lots of ways humans could contract other infections or diseases," the Metz native said.

"It would therefore not be appropriate at this time to go to a Chinese hospital under these circumstances. That's why I strongly recommend the French people in Wuhan go back to France."

The coronavirus has sparked fear of a wider, global outbreak. In addition to controlling the flow of people from affected areas in China, face masks have also been made mandatory in many areas, including Wuhan.

Many stores in big cities like Beijing have run out of stock in recent days.

But Klein suggests keeping the outbreak in perspective.

He says it's important to remember that the flu "can kill up to 550,000 people on the planet in one season" in normal times.

"I wear the mask regularly when I go out. It's an obligation imposed by the local authorities, so everyone here in Wuhan is wearing a mask," he said.

But it is mostly sick people who need to wear the mask, "so that they don't spread the virus".

"Psychologically, it's an interesting thing, wearing a mask. Of course, it's reassuring and it probably stops you from putting your hands up to your mouth," he added.

"The most important thing is to have good hygiene and wash your hands frequently."

For Klein, staying in China is his job, and what he has been trained to do.