The purchase of the 50.01 per cent stake in the world's second-busiest single runway airport from a group of investors including sovereign wealth funds from Abu Dhabi and Australia will be financed with pound-denominated debt, Vinci said Thursday 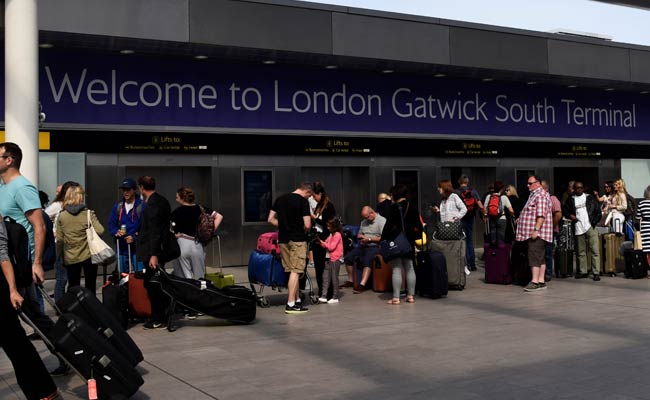 Gatwick has been under pressure due to intensifying competition from London's other airports.

Vinci SA agreed to acquire control of Gatwick Airport for 2.9 billion pounds ($3.7 billion) as the French construction company jumped on the chance to add a major London hub to its aviation portfolio.

The purchase of the 50.01 per cent stake in the world's second-busiest single runway airport from a group of investors including sovereign wealth funds from Abu Dhabi and Australia will be financed with pound-denominated debt, Vinci said Thursday. Existing shareholder Global Infrastructure Partners will manage the remaining holding.

With 45.7 million passengers in 2018, Gatwick will become the largest airport in Vinci's global network spanning Brazil to Sweden. Gatwick has been under pressure due to intensifying competition from London's other airports and lost out to Heathrow, Europe's busiest hub, in a contest to win government backing for the construction of a new runway. Its operations descended into chaos just before Christmas after drones were spotted around the runway led to a prolonged shutdown.

"Airports are attractive investments, especially in a world of high volatility, because airport returns can be quite predictable and manageable even if passenger numbers are volatile," Bernstein analyst Daniel Roeska said by phone. "In any Brexit scenario, people will still go on holiday. In the long term it won't be impacted that much on the leisure side."

Gatwick has outlined 1.11 billion pounds in investment plans to expand its two terminals in the next five years, and plans to use its existing standby runway by the mid-2020s to help handle more flights. London's second-busiest airport is the biggest base for discount carrier EasyJet Plc, and the focus for long-haul leisure flights at British Airways.

The sale values Gatwick at 19 times 2019 earnings before interest, taxes, depreciation and amortization and can be considered low, Vinci airports head Nicolas Notebaert said on a call with journalists. Brexit risks were factored into the bid and banking partners have already expressed an interest in lending to Vinci. While the valuation is broadly in line with recent deals in the industry, it's on the pricey end given the uncertainty around Brexit, according to Vittorio Carelli, an analyst at Grupo Santander.

"I would have preferred to see a multiple closer to 17 or 18 times," said Carelli. Gatwick's plan to put its standby runway in full operation may increase the number of passengers the airport can service, he said.

Global Infrastructure Partners, which manages more than $40 billion in assets from ports and airports to a vast wind farm in the North Sea, bought Gatwick with a consortium of investors in 2009 for about 1.5 billion pounds. The airport reported earnings of 411.2 million pounds in the fiscal year through March, on revenue of 764.2 million pounds.

Vinci manages about 35 airports, in countries including Chile and Cambodia. The company also operates toll roads and a construction business. It will retain Gatwick's management team and sees the main opportunity for improving profitability as increasing duty-free spending rather than operational changes.

Vinci's next major European airport opportunity could be on its doorstep if the French government privatizes Aeroports de Paris. Executives at Vinci dismissed questions from analysts on a call Thursday about how it would finance such an investment following its splurge on Gatwick, saying the operator of Paris Charles de Gaulle currently isn't for sale.

(Except for the headline, this story has not been edited by NDTV staff and is published from a syndicated feed.)
Comments
Gatwick AirportFrench construction groupFrench conglomerate Vinci