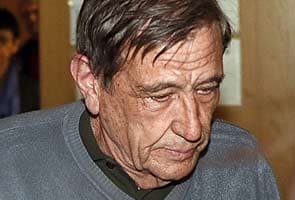 Paris: The founder of a French alternative school that took students on boat trips on the high seas was sentenced Friday to 12 years in prison for the rape and sexual abuse of five children.

Leonide Kameneff, 76, was on trial with three former staff and crew for the rape and sexual abuse of nine former pupils between 1981 and 1994.

Kameneff, a former child psychotherapist, got the harshest sentence requested by prosecutors, who had asked the Paris criminal court for minors to jail him for 10 to 12 years.

Two of his former staff were sentenced to six years in prison and a five-year suspended sentence. The third, a former student who was 17 at the time of the abuse involved, was acquitted.

Established in 1969, the boat school hosted more than 400 French pupils, typically aged 11 or 12, over three decades on trips around the Mediterranean and across the Atlantic.

In all, more than 30 complaints were registered, but the statute of limitations had expired on a number of them.

Kameneff admitted during the trial that he had sexually abused three children, but denied being a paedophile. He argued his behaviour was rooted in the libertine thinking of the 1960s and 1970s.

"Leonide Kameneff's paedophile attractions began well before the boat school and the events of May 1968," when radical student and worker protests shook France, it said in its sentence.

"The rapes and sexual abuses committed against very young boys during more than 20 years are not about the context of a supposedly permissive era but a deviant sexuality."