"That Son Of A...": How Star French Blogger's Tweets Brought Him Down

In February 2017, journalists uncovered anti-Semitic and homophobic tweets on an account belonging to Mehdi Meklat, and his meteoric rise was quickly overshadowed by a staggering fall. 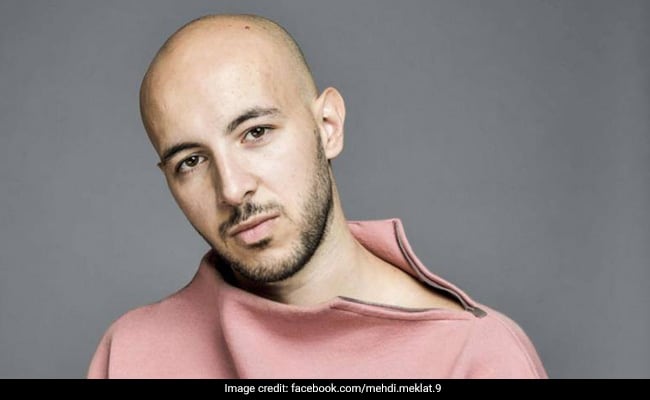 Mehdi Meklat was a star blogger for a French newspaper. Now he is back, attempting to clear his name.

Two years ago, Mehdi Meklat was a prince among this city's intellectual aristocrats, celebrated as a precocious thinker and an important minority voice.

Just 24, he was a star blogger for the French newspaper Liberation, a frequent guest on national radio programs and the co-author of a critically acclaimed novel. He stood out not just for his age but for his perspective. France has few Arab media personalities - despite being home to one of Europe's largest Arab populations. Meklat was a rare anointed commentator from the "banlieues," the multiethnic suburbs just outside the French capital that often feel worlds away.

But in February 2017, journalists uncovered anti-Semitic and homophobic tweets on an account belonging to Meklat, and his meteoric rise was quickly overshadowed by a staggering fall.

Now Meklat is back, attempting to clear his name. Last month, he published a book, "Autopsie," which contends that young people are drawn to social media without fully understanding the consequences it might have on their lives. And he has launched a full-fledged apology campaign, making the rounds on all the major talk shows to explain himself to a highly skeptical public. Central to his argument: Second chances are rarely given to people of color, to whom extra scrutiny always applies.

"Often - always - I say that I'm sorry. Because it's true. My apologies are extremely sincere. But sometimes, I feel that there's still a suspicion," he said in an interview with The Washington Post. "In France, I think that essentially it's different for someone who's called Medhi to say he's sorry."

Some young people of color are national heroes in France. Among them is Kylian Mbappe;, the 19-year-old star of the French national team that won the 2018 World Cup. Souvenir jerseys bearing his name are ubiquitous.

But it's true that other young minorities have been scrutinized out of public life. A prime example is Mennel Ibtissem, a 22-year-old singer who dazzled with a rendition of Leonard Cohen's "Hallelujah" on France's version of "The Voice" competition. But viewers scrolled through her social media history and found comments that appeared to excuse the July 2016 terrorist attack in Nice, when a man drove a truck into a crowded promenade. Under pressure, Ibtissem withdrew from the competition.

In Meklat's case, at issue are nearly two dozen tweets he posted under the name of "Marcelin Deschamps," which he says was inspired by the Dada artist Marcel Duchamp. Ostensibly to parody the average lower-middle-class French voter, Meklat used the account to attack any number of public targets, but the remarks against gays and Jews elicited the most outrage.

In one of these, Marcelin Deschamps calls for a physical attack on Alain Finkielkraut, a conservative Jewish intellectual and the son of Polish-Jewish refugees who escaped the Holocaust.

"They should have broken his legs," Meklat wrote, "that son of a whore."

As part of his apology tour, Meklat called Finkielkraut and asked to see him. "I was touched by that," Finkielkraut said in an interview. He invited Meklat for tea and was curious to hear what he had to say.

"We talked. He seemed engaged in the work of redemption, and he apologized for the extremely violent, and notably anti-Semitic tweets. But I don't know if it was sincere or a kind of opportunism," Finkielkraut said, noting that he disapproved of how Meklat presented himself as a victim. "He was between penitence and accusation."

For some, especially in the Jewish community, Meklat embodies what in France is called "the new anti-Semitism," a hatred of Jews particularly among immigrants and their offspring. Twelve Jews have been killed in France since 2003, more than any other country in Europe. In most of those cases, the suspects were young men of Arab or West African descent.

"(Meklat) incarnates a part of the mentality of the difficult neighborhoods, where there is a strong strain of anti-Semitism and an obsession with Jews," said Noemie Halioua, a French journalist and author of a book on one of the recent anti-Semitic killings, in which she called the likes of Meklat a bigger threat to Jewish safety than the rise of the far right.

"It's evident that I'm not an anti-Semite," Meklat said, when asked to respond. "It's impossible."

He pointed to his body of work, including a number of columns he and his collaborator, Badroudine Said Abdallah, wrote for Liberation's "Bondy Blog" on the theme of anti-Semitism in the banlieues.

"These are things we dealt with, that we were aware of," he said. "It's inconceivable that I would be the fruit of this anti-Semitism, what you call the 'new anti-Semitism' or even historical anti-Semitism, because of course France has always been a country marked by that question."

In Paris, it came as quite a shock that Meklat was given a book deal with Grasset, one of the most prestigious French publishing houses.

"I didn't want Grasset to become an instrument of rehabilitating some hypocrite," Olivier Nora, Grasset's president, said in an interview. But after reading the manuscript and meeting Meklat, who was then working as an assistant in a perfume shop, Nora overcame his reservations. (He skipped the usual step of presenting the concept to Grasset's editorial board, which he knew would pan it.)

"I understood in reading this kid, for a part of his generation, that words spoken or written in the virtual universe were themselves virtual and had nothing to do with the real world," said Nora, who also happens to be Jewish. "I don't say that as an excuse for him, just as something that struck me."

The publisher added: "I have a number of authors in my catalogue who I know when they were young wrote some indefensible things which embarrassed them today but which I know they've made disappear."

Youth seems to be Meklat's ultimate defense. "I think you have to remember that I was 18 when I created it," Meklat said, referring to the Marcelin Deschamps account.

The controversial posts, however, continued into his 20s.

Parisian tastemakers have yet to rule definitively on Meklat.

Frederic Martel, a French writer and radio personality active in the gay community, once invited Meklat to speak on a panel defending same-sex marriage. "In discovering his anti-Semitic and homophobic messages, I felt betrayed," he said.

"But at the same time, let's look to the future. Meklat was born in 1992. He's 26, and he was even younger when everything happened. Everyone can make mistakes - even grave ones. But everyone has the right to pardon and to a second chance."