Freed After Livestreaming Wreck That Killed Her Sister, She Crashed Again

The 2017 crash shocked the world with its brutal immediacy. Sanchez's hands left the wheel in a video she recorded before she swerved and overcorrected, sending her Buick into a violent tumble. Her 14-year-old sister Jacqueline was thrown from the vehicle. 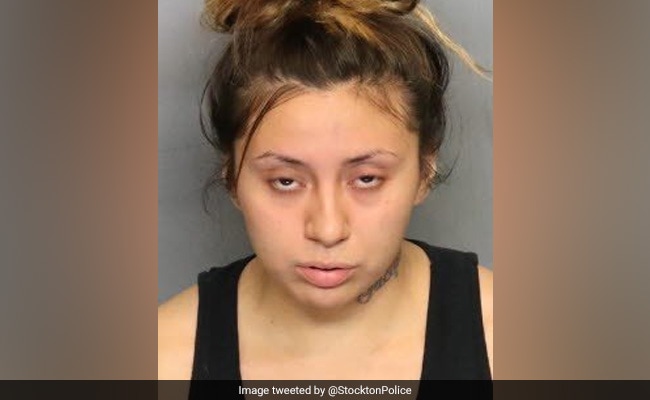 Obdulia Sanchez thought she was going to jail for a long time after killing her sister in a booze-fueled car crash streamed on Instagram.

"I know I'm going to jail for life, all right?" she said, standing over her bloodied sister's body strewn across the side of a California highway.

As it turns out, Sanchez received six years in prison last year over the 2017 incident, but she was released early on parole last month.

Then she crashed her car. Again.

Sanchez, now 20, was arrested Thursday after her failure to yield prompted a police pursuit, the Stockton Police Department said in a statement. Sanchez fled patrol cars but crashed near a highway on-ramp. A male passenger ran from the scene and escaped, police said.

"The arresting officers saw she was on parole and was driving on a revoked driver's license," Officer Joe Silva, a department spokesman, told the Associated Press.

Officers also found a loaded .45-caliber pistol in the car, the department said, leading to charges related to weapons, traffic violations and a parole violation.

A state corrections spokesperson said Sanchez was released early after earning credit for good behavior and attending rehabilitation programs, along with time served ahead of her sentence, the AP reported.

The 2017 crash shocked the world with its brutal immediacy. Sanchez's hands left the wheel in a video she recorded before she swerved and overcorrected, sending her Buick into a violent tumble. Her 14-year-old sister Jacqueline was thrown from the vehicle.

"I f---ing killed my sister, OK? I know I'm going to jail for life, all right?" Sanchez told her sister, who appeared to be already dead. "I'm-a hold it down. I love you, rest in peace, sweetie."

Sanchez later tested positive for alcohol and cocaine. Another teenage girl in the back seat was injured in the crash.

After the crash, Sanchez sought to explain why she live-streamed the gruesome scene.

"I made that video because I knew I had more than 5,000 followers. It was the only way my sister would get a decent burial," she said in a letter to local media. "I would never expose my sister like that. I anticipated the public donating money because my family isn't rich."

Her father sympathized with her predicament. To a point.

"What I think is (Obdulia) knows she's done something wrong," Nicandro Sanchez told ABC affiliate KFSN in 2017. "Because she knows, and that's what I feel. She feels bad for herself, but she killed her own sister."