Some Nigerians said they came to watch World Cup matches but got stranded when their return plane tickets were cancelled by bogus travel agencies that booked them. 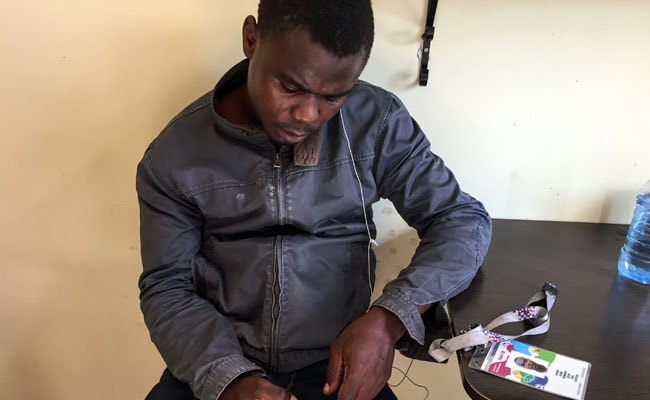 Scores of Nigerians have been stranded in Moscow (AFP)

Fraudsters have tricked scores of Nigerians by selling them football World Cup fan passes to travel to Russia, leaving many stranded and penniless, victims and anti-trafficking campaigners say.

Some Nigerians told AFP they used the official Fan IDs to come to Russia with the promise of finding work or even playing professional football themselves.

Others said they came to watch World Cup matches but got stranded when their return plane tickets were cancelled by bogus travel agencies that booked them.

"The man told us that with the Fan ID we could get a job and stay here," Ismail told AFP at a hostel on the outskirts of Moscow.

"But when we got here we discovered that it was a fraud, that he had just collected the money and lied to us."

The plastic-coated passes issued by the Russian government enable foreign fans to enter the country without a visa during the World Cup -- but they expire before the end of July.

They are issued free to fans who have bought tickets for World Cup matches. But some agents sold them to Nigerians who wanted to come to Russia to work.

It was not clear how the bogus agents obtained the Fan IDs that they sold.

A FIFA spokesman stressed that the Fan IDs system was implemented by the Russian communications ministry.

The Olamilekan brothers spent about a thousand dollars each for their plane fare to Moscow, on top of what they paid separately to the agent.

"In Nigeria I play football. He told me that if I started working I can also start a (football) career in Russia," Ismail Olamilekan said.

A fellow Muslim was allowing the brothers to sleep in his hostel until their return flight on July 22.

Other Nigerians however found themselves stranded in Russia after fraudulent "agents" who booked return flights for them then cancelled the bookings to get a refund.

A group of about a dozen Nigerians waiting at Moscow's Vnukovo airport on Tuesday told AFP they had been sleeping there for days.

Some of them said they paid more than a million naira each to an agent for a package including flights, match tickets and a fan ID.

"We've been sleeping on the floor like fools. We've got no place to go," said Alonge Ademola, 35, a cement dealer from Lagos.

"We really do want to go back to our country. We've cried, we've wept, but still no solution."

Russian charity Alternativa said it had helped about 50 Nigerians stranded in Russia and estimated there were about 200 in difficulty overall.

"With globalisation the opportunities for criminals are also increasing. The Fan IDs make an extremely profitable business for them," said the group's spokeswoman, Yulia Siluyanova.

Siluyanova told AFP on Thursday that the authorities in cooperation with Alternativa had made arrangements for about 20 stranded Nigerians to be flown back home.

Foreign ministry spokeswoman Maria Zakharova told a news briefing that the issue of stranded fans was "not desirable but it's also natural".

"It's really a problem that primarily the fans themselves should resolve along with diplomatic and consular missions of their countries," she said.

The Nigerian embassy did not respond to requests for comment.

"You can't rule out that some of the foreign guests, taking advantage of visiting the World Cup, are counting in some way or another, usually illegally, on crossing the Russian border and entering one of the European countries," Zakharova said.

"If such an action is recognised as illegal, the relevant authorities will take the necessary administrative measures."

The Olamilekan brothers meanwhile are waiting to board the return flights that they bought with money their parents borrowed.

"We don't have any option but to go back home and work and pay our parents' debts," Ismail said.

"I spoke to them last night. They asked if we've got a job and if we're living well and I decided to tell them yes. I don't like lying to my parents," he said.

"I still give thanks to God because He has taught me a lesson."

(Except for the headline, this story has not been edited by NDTV staff and is published from a syndicated feed.)
Comments
RussiaFIFANigeria