Francois Hollande Has Best Ratings Since 2012 After Paris Attacks: Poll 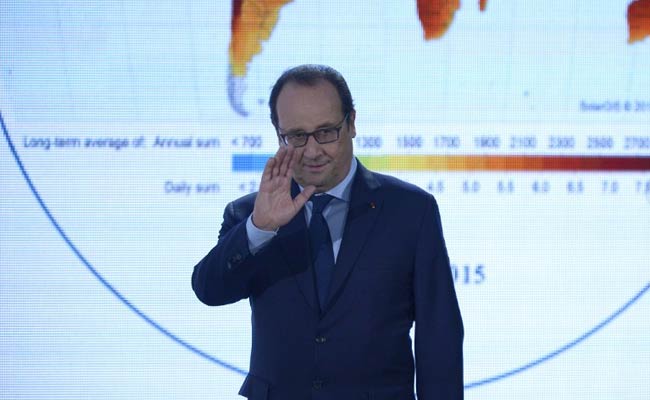 Paris: French President Francois Hollande's ratings zoomed up to 50 per cent, the best since 2012, following his hardline response against jihadists after the Paris attacks, a poll showed Tuesday.

Trust in the French president jumped from 15 per cent in November to 35 per cent in December, back to a level last seen in December 2012, the TNS-Sofres One Point poll for Le Figaro daily showed.

Hollande, a Socialist elected in May 2012, has for most of his mandate been given the lowest ratings for a French president.

Now he is doing better than conservative ex-president Nicolas Sarkozy did at the same stage of his tenure.

However, a smaller jump in his approval ratings after attacks in January was short-lived, suggesting support could fade again in the longer run toward reelection in 2017.

France's unemployment rate is now above the euro zone average for the first time since 2007, according to Eurostat data, which is likely to hurt his ratings.

Besides, 63 per cent of those surveyed for the December poll still say they do not trust him.

Hollande's Socialist Party, which now rules most regions as well as the country, is seen suffering huge losses in regional elections on December 6 and 13, even if the defeat could be somewhat smaller than it may have feared a few weeks ago.

The survey was based on the views of 1,000 people polled at home between November 26 and November 28.