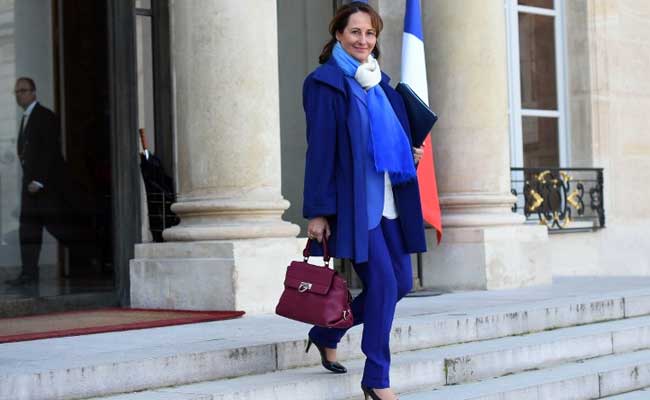 Segolene Royal said she had accepted a request from French President Francois Hollande to serve out the UN presidency. (AFP Photo)

Royal said she had accepted a request from French President Francois Hollande to serve out the UN presidency, lasting until the next annual meeting of 195 nations on global warming in Marrakech in Morocco, in November.

Fabius, who won praise for chairing a Paris summit in December at which all nations agreed to curb their greenhouse gas emissions to limit rising temperatures, quit the foreign ministry last week to head France's constitutional court.

Royal told iTele television that she would work to ensure that all countries "ratify the agreement, sign this agreement, implement the decisions in their domestic policies to permit a fight against global warming".

UN Secretary-General Ban Ki-moon will host a meeting in New York on April 22 opening the Paris Agreement for signatures, a step towards formal ratification.

On Tuesday, US President Barack Obama's climate envoy, Todd Stern, said Washington would sign the Paris agreement regardless of a decision by the US Supreme Court last week to put a chunk of Obama's environmental action on hold.
© Thomson Reuters 2016