In France, the Legion d'Honneur is a great honor: established by Napoleon Bonaparte in 1802, it represents, for French and foreign citizens alike, the highest order of merit for civil and military achievements in the service of France and of the ideals it upholds. 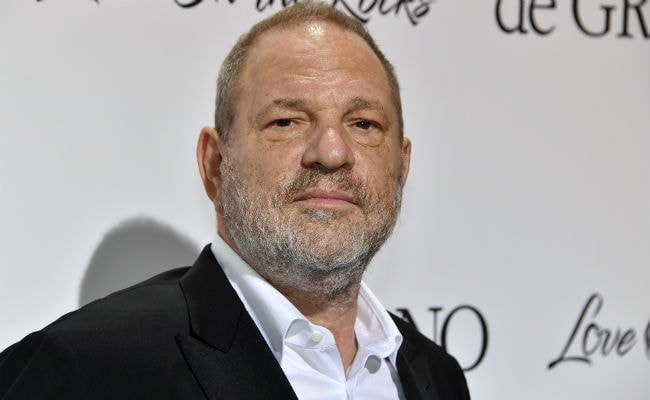 Paris: As it continues to brew, the Weinstein scandal has now reached France.

In a lengthy televised interview Sunday night, President Emmanuel Macron announced that he has asked the relevant authorities to strip Harvey Weinstein of his highly coveted Legion d'Honneur award.

Macron, who has mostly avoided journalists to date, went on the air Sunday night with journalists from France's TF1 station in a last-ditch attempt to discuss policy matters in the midst of his massive labor reforms as well as to bolster his badly damaged image. But social media quickly focused on just one thing the new president said in his first televised interview since taking office in mid-May.

"Yes, I have indeed taken steps to withdraw the Legion d'Honneur," Macron said. "I wish, as these acts lack the honor, that we take all the consequences."

In France, the Legion d'Honneur is a great honor: established by Napoleon Bonaparte in 1802, it represents, for French and foreign citizens alike, the highest order of merit for civil and military achievements in the service of France and of the ideals it upholds. The names enshrined in Paris's famous Legion d'Honneur Palace - a favorite building of Thomas Jefferson - represent some of the greatest characters in modern history. Among the Americans who have won are former first lady and diplomat Eleanor Roosevelt (1951), the novelist Toni Morrison (2010) and the singer and songwriter Bob Dylan (2013).

In keeping with the French tradition of awarding the prize to international celebrities, Weinstein won the Legion d'Honneur in 2012 for his contributions to world cinema, at the behest of former president Nicolas Sarkozy. Although foreigners cannot be full members of the Legion, they are eligible to win the prize.

But the prize can indeed be revoked. According to the rules, "unbecoming behavior" can cause one's award to be removed. For French members, such behavior can lead to an official reprimand, a suspension or an outright exclusion from the order. For foreign recipients, however, all it takes to lose the coveted prize is one strike - the so-called "withdrawal," which Macron has now requested in Weinstein's case.

In 2012, the group stripped British fashion designer John Galliano of his prize after Galliano made anti-Semitic comments.

The Weinstein news came as authorities looked for connections in the scandal in another European capital: London. There, police are investigating new allegations of sexual assault against Weinstein from a woman who told them that the Hollywood producer assaulted her in 2010, 2011 and 2015. In response, the Metropolitan Police confirmed that its Child Abuse and Sexual Offenses Command unit is on the case.