France Aims To Be 'Facilitator' In Gulf Crisis Talks 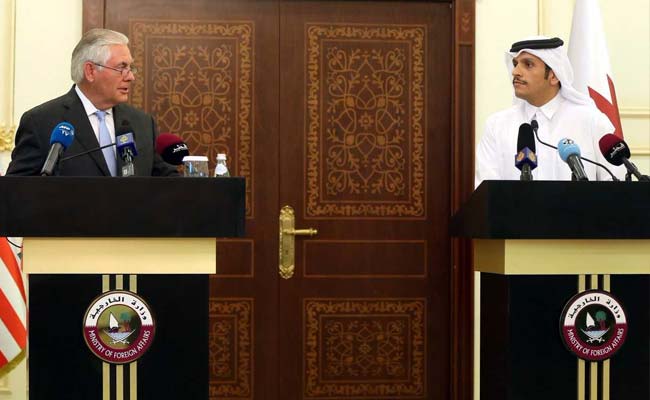 Doha, Qatar: French Foreign Minister Jean-Yves Le Drian said in Doha on Saturday that Paris wants to assist Kuwait-led mediation on the crisis between Qatar and four other Arab states.

"France should be a facilitator in the mediation" led by Kuwait, Le Drian told reporters following talks with his Qatari counterpart Sheikh Mohammed bin Abdulrahman Al-Thani.

"France is very concerned by the sudden deterioration in relations between Qatar and many of its neighbours," he said.

"France is talking to all these countries to help in the search for a solution," he said, calling for "dialogue and calm" between the Arab states concerned.

Le Drian is to travel on to Saudi Arabia, Kuwait and the UAE, following a four-day mediation mission by US Secretary of State Rex Tillerson that made little progress in defusing mounting tensions in the Gulf.

Riyadh and its allies imposed sanctions on Doha on June 5, including closing its only land border, denying Qatar access to their airspace and ordering their citizens back from the emirate.

They accuse Doha of supporting terrorism and being too close to their arch-rival Iran.