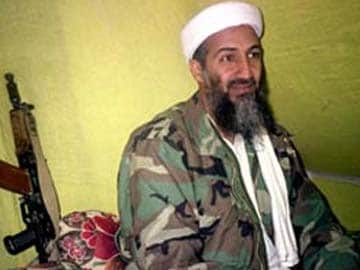 Bin Laden was killed in May 2011 after Navy SEALs found him in a compound in the military town of Abbotabad north of Islamabad, ending a nearly 10-year worldwide hunt for the mastermind of the September 11 attacks.

Soon after the US Navy SEAL raid on bin Laden's house, "a Pakistani official told me the US had direct evidence that the ISI chief, Lt Gen Ahmed Shuja Pasha, knew of Bin Laden's presence in Abbottabad," the New York Times reported in an article by senior journalist Carlotta Gall. (Read the full article here)

"The information came from a senior US official, and I guessed that the Americans had intercepted a phone call of Pasha's or one about him in the days after the raid", Gall wrote in the article titled 'What Pakistan Knew About Bin Laden.'

Gall covered Afghanistan and Pakistan for the paper from 2001 to 2013.

"According to one inside source, the ISI actually ran a special desk assigned to handle Bin Laden. It was operated independently, led by an officer who made his own decisions and did not report to a superior. He handled only one person: Bin Laden," the article claims.

In the weeks and months after the raid, Pasha and the ISI press office strenuously denied that they had any knowledge of bin Laden's presence in Abbottabad.

Promoted
Listen to the latest songs, only on JioSaavn.com
The haul of handwritten notes, letters, computer files and other information collected from bin Laden's house during the raid revealed regular correspondence "between bin Laden and a string of militant leaders who must have known he was living in Pakistan, including Hafiz Muhammad Saeed... Saeed and Omar are two of the ISI's most important and loyal militant leaders. Both are protected by the agency. Both cooperate closely with it, restraining their followers from attacking the Pakistani state and coordinating with Pakistan's greater strategic plans. Any correspondence the two men had with Bin Laden would probably have been known to their ISI handlers," the article says.