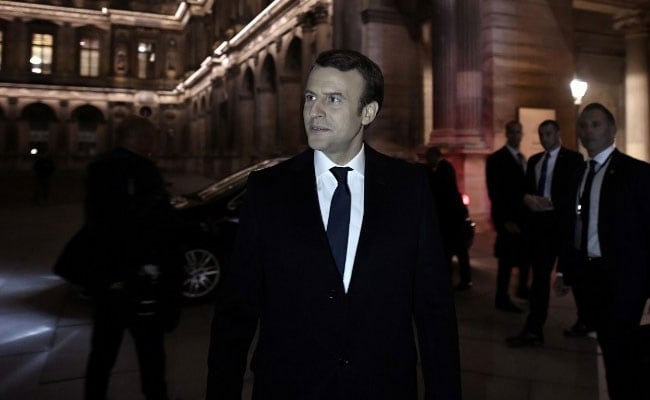 He faces a huge task to unite a fractured, anxious country and to win a parliamentary majority in June's general election, without which he could struggle to implement his ambitious reform agenda.

His victory at the head of a year-old pro-EU movement that has presented itself as a home for progressives of all stripes has blown up France's long-standing left-right political divide.

"The Socialist Party is dead, it is behind us," Mr Valls, a reform-minded prime minister from 2014 to 2016 when Mr Macron was economy minister, told RTL radio.

"I will be candidate for the presidential majority and I wish to join the list (of candidates) of his movement," Mr Valls said, while insisting that he remained a Socialist and "a man of the left".

Mr Macron's campaign spokesperson Christophe Castaner said Mr Valls "had a good chance" of being accepted into the fold but that he had to submit an official application.

He has said that half of his candidates for the 577 seats in the National Assembly will be new to politics.

The rest will be defectors from the Socialists and right-wing Republicans and members of Mr Macron's movement and the allied centrist Modem party.

Mr Macron has said the defectors can keep their existing party membership and still run on his parliamentary ticket.

France's next leader, who will be inaugurated on Sunday taking over from Socialist President Francois Hollande, has yet to name his prime minister.

The former investment banker's victory over Ms Le Pen has been hailed as the strongest sign that populism may be peaking in Europe after setbacks for nationalists in the Netherlands and Austria.

But his rival's historic score of 33.9 per cent, or 10.6 million votes, showed it to be a formidable force that has tapped into acute fears over immigration, national identity and globalisation.

North Korea on Tuesday joined the chorus of congratulations for Macron, with ceremonial head of state Kim Yong-Nam wishing him "success in his responsible work for the development and prosperity of France".

Macron has already spoken by telephone with US President Donald Trump, German Chancellor Angela Merkel and British Prime Minister Theresa May among other leaders.

"Macron carries the hopes of millions of French people and also many in Germany and across Europe," Ms Merkel said.

The fervently pro-European Macron wants to team up with Germany to reform the 28-member EU, seen as critical now that Britain is set to leave.

But there were early words of warning from Brussels on the state of France's finances.

Economy Commissioner Pierre Moscovici called on him to rein in the budget deficit of the Eurozone's second-biggest economy.

Promoted
Listen to the latest songs, only on JioSaavn.com
European Commission chief Jean-Claude Juncker has also followed up his congratulations to Mr Macron with an appeal for him to cut public spending.

"We have a real problem with France," Mr Juncker said in Berlin on Monday. "The French spend too much money and spend it on the wrong things."