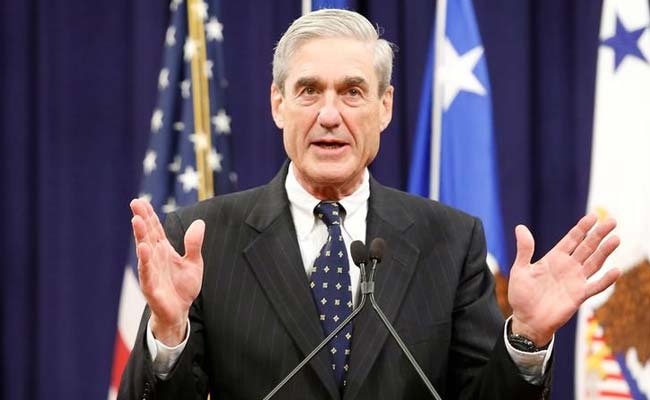 Former FBI director and prosecutor Robert Mueller, known for his independence in high profile government investigations, is taking on a new challenge in the midst of a crisis that threatens the presidency of the United States.

Mueller, 72, was named on Wednesday by the Justice Department to probe alleged Russian efforts to sway November's presidential election in favor of Donald Trump, and investigate whether there was any collusion between Trump's campaign team and Moscow.

President Trump said in a statement that there was no collusion between his campaign and "any foreign entity."

Mueller is known as "Bobby Three Sticks" by some because of his full name, Robert Mueller III - a moniker that belies the formal bearing and no-nonsense style of the former Marine Corps officer who was decorated during the Vietnam War.

Democrats and Republicans alike praised his appointment and hailed his integrity and reputation.

As special counsel, Mueller will serve at the pleasure of Deputy Attorney General Rod Rosenstein, who appointed him to the post.

But past appointments have shown that the job comes with independence and autonomy.

During the George W. Bush administration, in 2003, Chicago federal prosecutor Patrick Fitzgerald was appointed in a similar role to investigate the leak of the identity of Valerie Plame, a CIA undercover officer whose husband had criticized Bush Administration policies.

Fitzgerald indicted I. Lewis "Scooter" Libby, a top aide to Vice President Dick Cheney, who was granted clemency from a prison sentence by Bush before he left office.

"I think it's good across the board," Luskin told Reuters. He described Mueller as "credible" and "independent" and said his appointment would be "good for the Department of Justice."

Mueller, known for avoiding political controversy, took a stand in 2004 when he and then-Deputy Attorney General James Comey threatened to resign when the Bush White House sought to reauthorize a domestic wiretapping program that the Justice Department had deemed unconstitutional.

In his new role as special counsel, he will have wide latitude to take the investigation wherever he thinks it should go and can use the full range of Justice Department investigative tools, said Jack Sharman, an attorney who served as special counsel during a probe into the Whitewater real-estate investments of President Bill Clinton in 1995.

Mueller was appointed director of the Federal Bureau of Investigation by George W. Bush a week before the Sept. 11, 2001, attacks on New York and Washington, D.C.

He was credited with transforming the FBI after Congress and an independent government commission established that the agency and the CIA had failed to share information before the attacks that could have helped thwart them.

At the FBI, Mueller put more resources into counterterrorism investigations and improving its cooperation with other federal agencies.

Before becoming FBI director, Mueller was chief of the Justice Department's criminal division. Among his most famous cases was the fraud and racketeering indictment of individuals associated with a politically connected Luxembourg bank run out of London and led by bankers from Pakistan and Abu Dhabi.

He also oversaw the investigation into the Pan Am airline bombing over Scotland and the drug case against former Panamanian dictator Manuel Noriega.

Mueller served 10 years as FBI chief under Bush and his Democratic successor Barack Obama, who then signed legislation to extend Mueller's FBI term for another two years.

He was succeeded as FBI director by Comey, who was fired last week by Trump.

In the wake of his firing, there have been media reports that in February Trump had asked Comey to end an FBI investigation into one of the president's former aides, Michael Flynn. The reports cited a memo said to have been written by Comey documenting Trump's request.

There have been calls for months for a special counsel to oversee the investigation into any ties between Trump's campaign team and Moscow.

Most recently, Mueller had worked at a major Washington law firm, Wilmer Hale, which presents a possible wrinkle for his new assignment.

The firm represents Trump's daughter Ivanka and son-in-law Jared Kushner, who have taken on White House jobs. It also represents Paul Manafort, a former campaign chairman who had ties to Russia.

Mueller left Wilmer Hale this week, but faces a Justice Department ethics requirement that could bar him for a year from investigating anyone represented by his former firm.

Mueller may be able to obtain a waiver from the Justice Department's ethics officers or recuse himself from investigating certain individuals, leaving those inquiries to a deputy.

Richard Painter, an ethics lawyer in the George W. Bush administration who has been a vocal critic of Trump, said Mueller has good grounds to receive such a waiver.

(Except for the headline, this story has not been edited by NDTV staff and is published from a syndicated feed.)
Comments
Donald TrumpRobert MuellerVladimir PutinHillary ClintonUS election hacking