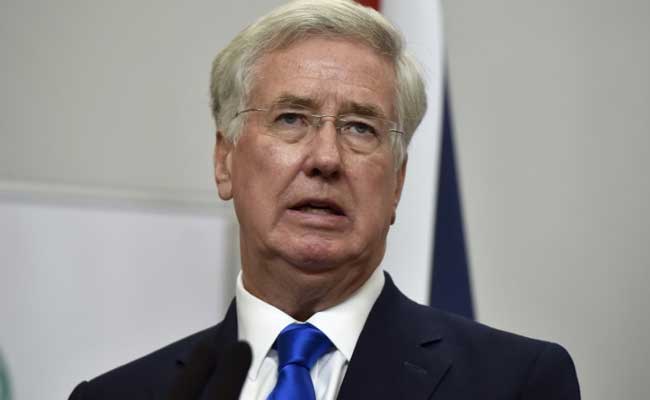 EDINBURGH: London will not help Scotland hold another referendum on seceding from the United Kingdom before 2020, British defence minister Michael Fallon said on Thursday, prompting a row with Scotland's pro-independence devolved government.

"Forget it," Fallon told the Herald Newspaper when asked whether he would facilitate a new independence referendum following Scotland's vote last June to remain in the EU.

"(First Minister Nicola Sturgeon) ... has to respect the decision of Scotland to stay inside the UK in 2014 and the decision of the UK to leave the EU. Respect works two ways," he added.

Scots voted 55 to 44 percent to remain part of the UK in 2014 and Prime Minister Theresa May has repeatedly said she does not believe there is a need for a second referendum.

Scotland, one of the United Kingdom's four nations, voted to keep its European Union membership in last June's referendum while Britain as a whole voted to leave, prompting renewed calls from Sturgeon's government for a re-run of the independence vote.

Sturgeon said on Twitter it would be a "disastrous move" for May's ruling Conservatives to block an independence referendum.

A Scottish government spokesman said later: "Any Tory (Conservative) bid to block a referendum would be a democratic outrage, but would only succeed in boosting support for both a referendum and for independence itself - something which the Prime Minister has previously indicated she understands all too well."

Support for Scottish independence is still at around 45 percent as it was in 2014, polls indicate, despite Scotland now facing the prospect of Brexit.
© Thomson Reuters 2017

(This story has not been edited by NDTV staff and is auto-generated from a syndicated feed.)
Comments
BrexitBritish defence minister Michael FallonScotland independence vote