For Qataris, A US Air Base Is Best Defense Against Trump Attacks

Despite the tough rhetoric, U.S. military officials said that planes continued to take off from Al Udeid in support of U.S. military operations in Iraq, Syria and Afghanistan. 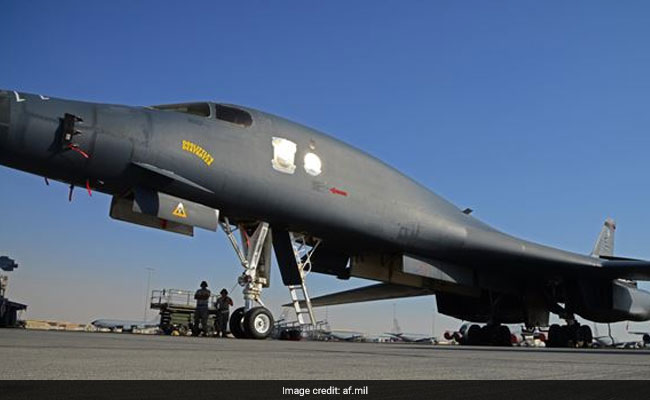 Qatar's Al Udeid Air Base is home to more than 10,000 US service members. (File Photo)

For the tiny, oil rich nation of Qatar, Al Udeid Air Base, home to more than 10,000 U.S. service members, has long been something of an insurance policy.

Now the Qataris, at odds with their neighbors and under fire from President Donald Trump on Twitter, are anxiously waiting to see if that policy pays off.

Trump on Tuesday sided with a powerful block of Arab countries led by Saudi Arabia in accusing Qatar of funding terrorists and cozying up to Iran. "During my recent trip to the Middle East, I stated that there can no longer be funding of Radical Ideology," Trump said in a series of morning tweets. "Leaders pointed to Qatar - look!"

The president was responding to a regional crisis that began on Monday when Qatar's Persian Gulf neighbors severed economic and political ties with their neighbor in a move designed to punish the tiny nation.

Despite the tough rhetoric, U.S. military officials said that planes continued to take off from Al Udeid in support of U.S. military operations in Iraq, Syria and Afghanistan.

That's exactly how Qatar planned it - perhaps Qatar's greatest leverage in its ongoing dispute both with Trump and its larger Gulf neighbors. The air base, which has hosted U.S. military aircraft for more than 15 years, is considered a marvel, with some of the longest runways in the Middle East and sophisticated hangars that rise like mountains from the flat desert floor.

"The base gives them a sense of confidence," said Hardin Lang, a senior fellow at the Center for American Progress. "It has made the Qataris feel as though they are integrated into a wider U.S. security posture in the region. In the past, they may have seen this as check on the escalation of intra Gulf squabbles. because we need that capability."

For the U.S. military, which is supporting Iraqi troops assaulting Mosul and readying a major push into Raqqa, the Islamic State's de facto capital in Syria, the base has never been more important. "It's not just the facility," said former defense secretary Robert Gates in a recent appearance in Washington, D.C. "It's the freedom of operation. Qatar is the only country in the region that allows us to land B-52s, and put B-52s at their base at Al Udeid. We have run operations out of there for a dozen years."

The U.S. military began moving into Al Udeid not long after the Sept. 11 terror attacks when Saudi Arabia asked the Americans to leave. Moving to Qatar offered the U.S. military a way of spreading risk across the region.

Promoted
Listen to the latest songs, only on JioSaavn.com
"A lot of it was we didn't want to be exclusively reliant on one country," said Andrew Bowen, a Middle East expert at the American Enterprise Institute. "We don't ever want to be dependent on the whim of any one any Gulf state."