He Got Millions In Coronavirus Aid, Used It To Buy A Lamborghini

David T Hines was among millions of business owners who sought government help when the novel coronavirus upended the US economy. 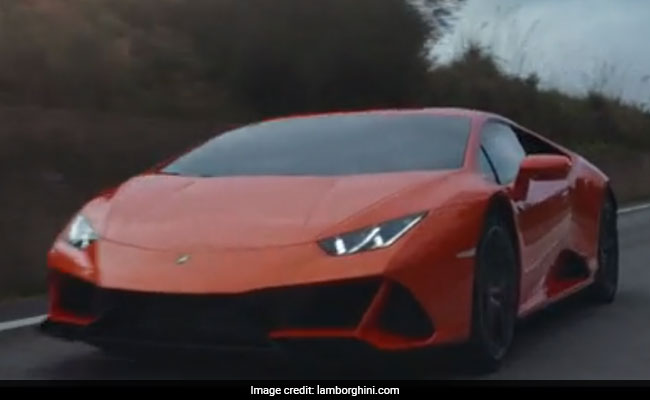 The Lamborghini costs more than $318,000 (Representational)

Before May 13, David T. Hines's corporate bank account was in the red by more than $30,000. But after the 29-year-old Florida man nabbed a nearly $4 million loan from the federal Paycheck Protection Program (PPP), his fortunes quickly changed.

In fact, just one week after getting money from the fund meant to bailout businesses affected by the coronavirus pandemic, Hines was cruising around Florida's Miami Beach, in a new blue Lamborghini Huracan Evo, which cost more than $318,000.

Now, federal prosecutors say that Hines illegally used hundreds of thousands of dollars in PPP loans meant for his moving companies to buy the car as well as a host of personal expenses, including shopping sprees and high-end hotel stays, instead of covering his companies' payroll. The Justice Department announced Monday that he was arrested and charged with making false statements to a lending institution, bank fraud, and engaging in transactions in unlawful proceeds, officials said.

"Collectively, Hines falsely claimed his companies paid millions of dollars in payroll in the first quarter of 2020," Bryan Masmela, a U.S. Postal inspector, said in an affidavit. "State and bank records, however, show little to no payroll expense during this period."

Hines's attorney did not immediately respond for comment as of early Tuesday.

Hines was among millions of business owners who sought government help when the novel coronavirus upended the U.S. economy. The Cares Act, the $2 trillion coronavirus bill signed into law in late March, included $349 billion in forgivable loans for small businesses to maintain operating expenses, such as payroll. Congress added an additional $310 billion in funding in April.

Hines's arrest is the latest case of alleged fraud to best the program, with business owners inflating employee numbers and claiming higher operating costs. Some even claimed loans for defunct companies. Federal prosecutors have filed numerous charges, including against reality star Maurice "Mo" Fayne, who allegedly spent his funds on a Rolls-Royce and $85,000 in jewelry.

An analysis from The Washington Post also found that data from the Small Business Administration recorded that far more American workers were "retained" thanks to the loans allocated to the businesses than there were actual employees, calling into question the Trump administration's claim that PPP loans helped support 51 million jobs.

Hines first submitted applications for seven businesses, requesting more than $13.5 million worth of loans from a bank in Charlotte, prosecutors said. The bank approved three of the applications for $3.9 million and began sending the funds on May 11.

Hines claimed to own and operate a handful of moving companies, but Masmela said that authorities "found no record of any operating websites" for those businesses. Hines also falsely claimed he had 70 employees, prosecutors said.

Prosecutors said his payroll costs were far less than he claimed.

"A review of Hines Companies Accounts from January through April of 2020 shows monthly inflows averaging around $200,000 - far less than the millions of dollars in payroll that Hines sought in the PPP application," Masmela said.

It didn't take long for Hines to exploit the funds for his own enjoyment, prosecutors said. On May 18, just five days after receiving a deposit for almost $750,000 in one of the bank accounts, Hines allegedly wired $320,000 for the Lamborghini, registering the car under both his name and one of the companies that received a PPP loan.

Throughout May and June, Hines also spent the funds on a $4,600 shopping spree at Saks Fifth Avenue. In addition to ride-hailing apps, food delivery services and dating websites, Hines spent thousands on luxury hotels as well as more than $8,500 worth of jewelry, prosecutors allege.

"There does not appear to be any business purposes for most, if not all, of these expenses," Masmela said in the affidavit.