British national Inga Beale will step down next year after leading the global insurance and reinsurance market for five years. 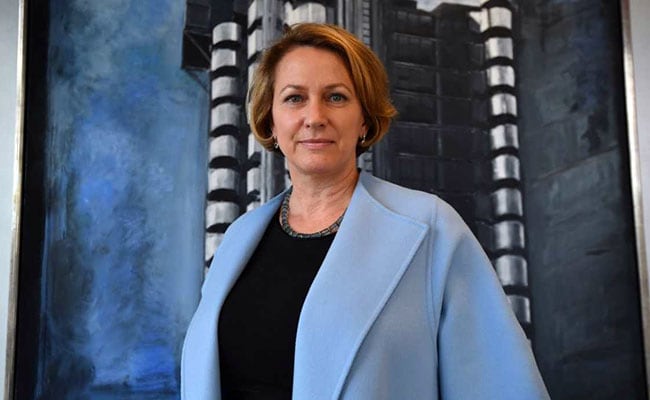 Beale was the first woman to lead the institution, which lies in London's finance district

Lloyd's of London, the 332-year-old insurance market, said Friday that its first female chief executive has decided to quit.

British national Inga Beale will step down next year after leading the global insurance and reinsurance market for five years, the firm said in a statement that gave no reason for her exit.

The departure comes as the company -- which insures against catastrophes such as earthquakes, shipwrecks and revolutions -- prepares for life after Brexit with the opening of a Brussels subsidiary in early 2019.

Beale was the first woman to lead the institution, which lies in the heart of London's City finance district and whose history dates back to the late seventeenth century.

"Inga will leave Lloyd's with a strengthened reputation as one of the most respected and trusted insurance brands in the world," the group said in a statement.

She is currently the only woman to lead a large company in the capital's financial sector. Her leaving date has not yet been confirmed.

Back in March 2017, Lloyd's decided that it would open a European subsidiary in Brussels after the triggering of Britain's EU departure.

Speaking to AFP at the time, Beale explained that the group "had to" open a Europe office to ensure its continued access across the European Union continues once Britain leaves the bloc.

"The decision to actually set up a subsidiary was not the difficult decision, because we have to do that," she told AFP last year in an interview.

"We would no longer be able to provide insurance for our customers in the EU. Only the location was a difficult decision."

Earlier this year meanwhile, Lloyd's posted the first annual loss in six years after a series of devastating hurricanes and other natural disasters.

(This story has not been edited by NDTV staff and is auto-generated from a syndicated feed.)
Comments
Inga BealeLloyd's Of LondonBrexit