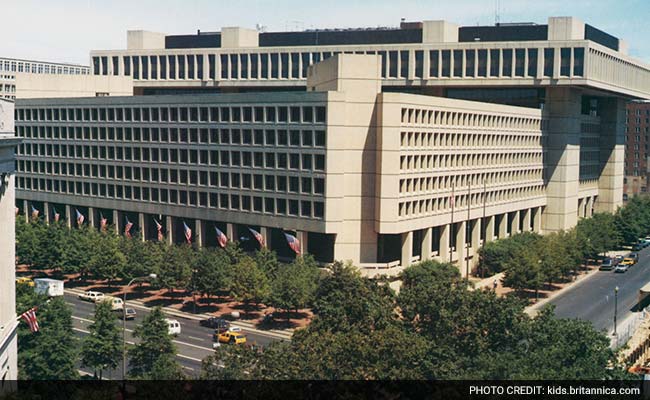 Photo of the J. Edgar Hoover Building, The Federal Bureau of Investigation headquarters.

The FBI took a major step toward getting a new headquarters Friday when the government launched a formal search for a company to build its campus at one of three sites, in Greenbelt, Landover or Springfield, in exchange for the J. Edgar Hoover Building and as much as $1.8 billion in cash.

To advance the project, the General Services Administration issued a request for proposals to a handful of unnamed real estate firms previously vetted by the government as capable and qualified to complete the project.

President Barack Obama committed to seeking $1.4 billion in appropriations for the project in his fiscal 2017 budget, to be released Feb. 9. If approved by Congress, that money would add to $390 million set aside for the project, assuaging fears that the Hoover Building would not fetch a high enough price to build a 2.1 million-square-foot secure campus.

Bill Dowd, who manages the project for the GSA, said he was confident those appropriations plus the value of the Hoover Building would be sufficient to afford the new campus. GSA has posted the search documents online here.

"The Administration is committed to acquiring a consolidated new headquarters facility for the FBI, a member of the intelligence community," Dowd said in a news release.

"The consolidated headquarters facility will allow the FBI to perform its critical national security, intelligence, and law enforcement missions in a new modern and secure facility.

FBI officials have warned Congress and other officials for more than a decade that the Hoover Building, on Pennsylvania Avenue, is in dire need of replacement.

The building falls short of an array of modern security requirements implemented after the Sept. 11, 2001, terrorist attacks, and deferred maintenance has left parts of concrete falling off the exterior and makeshift work stations in former storage areas.

Recent incidents requiring coordinated responses from the FBI headquarters, such as mass shootings and acts of terrorism, have brought the bureau's needs for new facilities to the forefront, Rich Haley, FBI assistant director of finance and facilities, said on a conference call with reporters Friday.

There are also ongoing concerns about security at the Hoover Building.

"Today many of our national security missions, the classification issues, really become cumbersome in this space in addition to its security concerns and some of its infrastructure and maintenance issues," Haley said.

Six companies - including some of the biggest names in Washington real estate - raised their hands to express interest in the project. Since then, the GSA has narrowed the list.

Although the agency has declined to name which teams remain, executives familiar with the search say there are four, led by Boston Properties, Lerner Enterprises, the Peterson Cos. and the JBG Cos. along with Vornado Realty Trust. Those firms have declined to publicly confirm their participation.

Now the companies have a decision to make: How many sites will each bid on? The solicitation allows each to bid on as many of the sites as they choose. The government says it will choose the response that provides the best overall deal on factors including quality, security, timing and price.

Companies bidding for the deal will have to specify how much they will charge to build a headquarters and how much they are willing to pay for the Hoover Building, considered one of the most valuable development sites in Washington to become available in year.

Each of the sites for the new headquarters presents different challenges, as a federal environmental review identified transportation and environmental obstacles at each of them.

The Springfield site, unlike the two Maryland locations, is owned by the federal government and still has federal facilities operating there that would need to be moved. Dowd said the costs of moving those operations will be treated like any other costs that arise at any of the sites. The deadline for responses is June 22.

Companies bidding for the deal will have to specify both how much they will charge to build a new headquarters and how much they are willing to pay for the Hoover Building, considered one of the most valuable development sites in Washington to become available in year. Each of the sites for the new headquarters presents different challenges, as a federal environmental review identified transportation and environmental obstacles at each of them.

The Springfield site, unlike the two Maryland locations, is already owned by the federal government but still has federal facilities operating there that would need to be moved. Dowd said the costs of moving those operations will be treated like any other costs that arise at any of the sites. The deadline for responses is June 22.

The GSA first launched the process of building a headquarters more than three years ago, but it has been delayed by months. Members of Congress have resisted supplying funds for construction of buildings, but the GSA's plan to trade the Hoover Building to a developer as a way of paying for it has raised other questions.

Progress has been made recently on funding. Once Obama and Congress agreed on a baseline budget deal, Sen. Barbara Mikulski, D-Md., was able to secure $390 million for the project.

Scott Nathan, associate director of the Office of Management and Budget, said on the call Friday that he expected that a consolidated campus "will support the FBI's needs for the next 50 years or more." FBI headquarters are spread throughout 14 locations in the Washington region.

Mikulski, one of a number of local elected officials who is jockeying for the FBI and its headquarters' 11,000 employees, issued a statement Friday calling the announcement "great news" for the project.

"I've fought tooth and nail for the men and women of the FBI, working to secure a $390 million significant down-payment in the FY16 funding bill. And now that the President has requested full funding for the new headquarters. . . . I'll work my earrings off to put the funds in the federal checkbook," she said.

House Minority Whip Steny Hoyer, D-Md., a proponent of the project, has said he is not a big fan of the swap idea because he believes the Hoover Building would probably bring in more money if it were sold independently, rather than offered only to companies that also have the capability and interest needed for building a campus.