Fighting For Justice In South Korea, Where Truth Can Be A Crime

A UN panel on gender equality earlier this year urged Seoul to redefine rape and protect victims from false charges and defamation lawsuits. 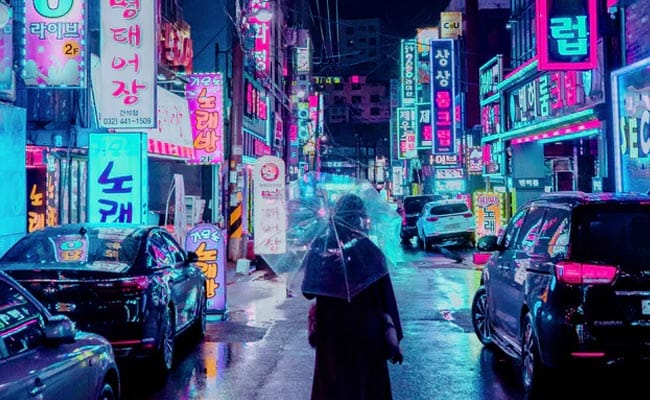 As soon as the Seoul office worker told police she had been raped, her attacker struck back with a barrage of complaints against her under South Korea's criminal defamation law, which states that truth is not necessarily a defense.

"He kept filing complaints against me non-stop, accusing me of defamation, insult, perjury, intimidation and even sexual harassment," said the woman, who asked to be identified only as "D" for fear of her personal safety.

"For months, I couldn't eat," she told AFP. "I couldn't drink. I couldn't sleep. I felt like I was trapped in a swamp I could never escape."

The man was later convicted of rape and sentenced to two years in prison, while all the accusations against D were dismissed.

But the legal quagmire she faced is not rare in the South, where defamation laws make libel a crime and stating the truth can still be an offence if it is deemed to have tarnished others' social reputation.

A growing number of alleged sex abusers are seeking to use legal actions of their own to force victims into silence or into dropping their accusations.

Filing a report to police is not of itself grounds for a defamation action, but if a rape victim goes public with their allegations a criminal complaint can be filed against them.

And if the sexual assault case is later dropped by police or prosecutors, or the accused is acquitted, the victim can be pursued for false accusations.

"The whole system has a chilling effect on women," said Seo Hye-Jin of the Korean Women Lawyers Association.

"Many abusers openly use the threats of lawsuits as an intimidation tactic, saying, 'I'll drop the false accusation and defamation suits against you if you drop the sex abuse complaint against me'."

Despite South Korea's technological and economic advances, patriarchal values endure in its society, and it is regularly at the bottom of OECD rankings for the gender pay gap or female presence in senior corporate roles.

It has an unusually high proportion of female murder victims at 52 percent according to the UN Office of Drugs and Crime.

That is far above the US and China, both around 22 percent, and even higher than the 41 percent for India, which is often in the spotlight over violence against women.

But since last year, the #MeToo movement against the abuse of women has swept the South, with a growing number of women coming forward to accuse powerful figures in fields from politics and the arts to education and religion.

In D's case, an investigating police officer repeatedly asked about her "ulterior motive" for "trying to destroy a promising young man's life", and formally urged prosecutors not to charge her rapist.

D quit her job and filed complaints to police, prosecutors and even a state rights watchdog to reverse the decision -- while dealing with a flurry of criminal accusations by her rapist and relentless bullying by him and his friends.

"They even set up a blog and an online chatroom to name and shame me publicly and to throw all kinds of vicious personal attacks at me," she said, adding her rapist had sent hundreds of text messages threatening her and her family each day.

Many victims do not come forward for fear of counter-suits, said Cho Jae-Yeon, of the Korea Women's Hotline.

"Many say they can't endure being investigated as a criminal suspect and facing possible punishment as if they had not suffered enough already," she told a forum.

Exploitation of the legal loophole is not confined to sex crimes.

An architecture practice employee was convicted of defaming his employer and fined after accurately revealing wage delays and other business irregularities online.

Women have been charged with defamation for writing bad reviews of plastic surgeons and postnatal care centres, only to have their convictions overturned on appeal at the Supreme Court.

And ousted president Park Geun-hye's chief of staff Kim Ki-choon was nicknamed the "lawsuit king" for a barrage of criminal defamation complaints he filed against journalists and media outlets.

In a bid to curb such tactics, Seoul's justice ministry this month told prosecutors not to investigate sex abuse victims for false accusation until the original case has been resolved.

But prosecutors dropped 55 percent of sex crime cases in 2016, far higher than the 22 percent for homicide or 26 percent for burglary and robbery, according to the Institute of Justice.

Even if a case goes to court, the South's laws define rape on the basis of "means of violence and intimidation" rather than a lack of consent, requiring victims to prove that they resisted.

Rape charges have been dismissed in the past because judges deemed the victims had "not resisted hard enough".

Korea Women's Hotline says only about 10 percent of rape complaints it receives qualify as rape under the current law.

A UN panel on gender equality earlier this year urged Seoul to redefine rape and protect victims from false charges and defamation lawsuits.

D's attacker continued to sue her even after getting out of jail, until he was convicted of stalking and intimidation in 2014 and fined, ending her four-year ordeal.

Since then she has become an activist anonymously helping other sex abuse survivors, calling herself "The Witch" on the basis that she had been the victim of a witch-hunt.

"There were so many women like me out there who were sued by their abusers," she said, "feeling angry and frustrated at being treated like criminals even when we are actually victims".

"Now Korean women cannot and will not go back to the past. We will never stop fighting."

(This story has not been edited by NDTV staff and is auto-generated from a syndicated feed.)
Comments
South KoreaLawSocial