Nittaya Kongthun, the 26-year-old who takes home first prize in the 'Model Physique' division, is among dozens of Thai women competing. 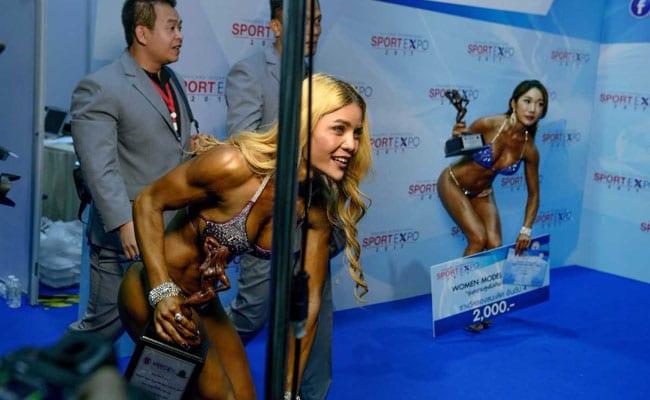 Bangkok: The room buzzes with excitement as dolled-up women adjust their glittering bikinis and prepare to strut across the stage before the panel of judges in a Bangkok suburb.

But this is not your average Thai beauty pageant. It is a competition for the growing number of female bodybuilders challenging norms in kingdom where the pale, 'twig' physique has long been upheld as the standard of beauty.

Nittaya Kongthun, the 26-year-old who takes home first prize in the 'Model Physique' division, is among dozens of Thai women competing.

With her bulging muscles covered in bronze body paint, she is a far cry from the traditional ideal, but believes beauty and lifestyle trends are starting to shift.

"Today, sporty trends are in," says the full-time trainer, beaming after her trophy win. 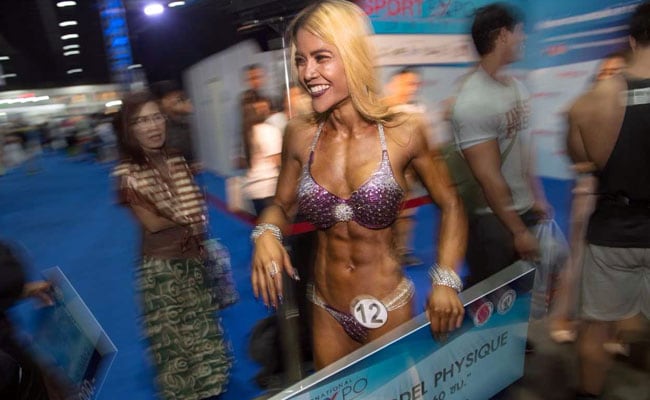 Nittaya Kongthun, smiles as she walks away from the stage with her cash prize (AFP)

She tells AFP she was drawn to the sport to boost her fitness and develop a new look she describes as "like a Barbie doll but with more muscles."

"By doing this sport we can have a beautiful body and be healthy," she adds.

The fad is increasingly catching on in Thailand, which took home a string of medals at this year's bodybuilding world championship in Mongolia.

The kingdom now boasts more than 500 men and women who compete professionally, according to the president of Southeast Asia's bodybuilding federation.

"That number has increased by the hundreds from ten years ago," Phumvarin Chunhawongvarit told AFP.

Promoted
Listen to the latest songs, only on JioSaavn.com
Thais will have another chance to showcase their talents on the global stage in December 2018, with the kingdom is set to host the World Bodybuilding and Physique Sports Championship in the northern city of Chiang Mai.

(This story has not been edited by NDTV staff and is auto-generated from a syndicated feed.)
Comments
Thai beauty pageantNittaya KongthunSoutheast Asia Bodybuilding Federation