Priti Patel, the senior-most minister in the UK Cabinet stressed that while strong encryption was important for privacy, there was a need to balance data security with law enforcement requirements. 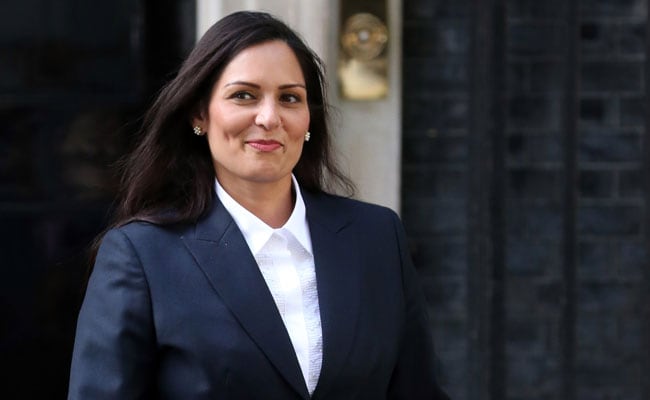 UK's Indian-origin home secretary Priti Patel on Friday issued an open letter to Facebook founder Mark Zuckerberg, alongside her counterparts in the US and Australia, to warn him that the social media giant's end-to-end encryption of messages across its platforms puts public safety at risk.

The senior-most minister in the UK Cabinet stressed that while strong encryption was important for privacy, there was a need to balance data security with law enforcement requirements.

"Risks to public safety from Facebook's proposals are exacerbated in the context of a single platform that would combine inaccessible messaging services with open profiles, providing unique routes for prospective offenders to identify and groom our children," notes the letter.

Companies should not deliberately design their systems to preclude any form of access to content, even for preventing or investigating the most serious crimes it said.

"This puts our citizens and societies at risk by severely eroding a company's ability to detect and respond to illegal content and activity, such as child sexual exploitation and abuse, terrorism, and foreign adversaries' attempts to undermine democratic values and institutions, preventing the prosecution of offenders and safeguarding of victims. It also impedes law enforcement's ability to investigate these and other serious crimes," it adds.

The letter, also signed by US Attorney General William P Barr, US (Acting) Secretary of Homeland Security Kevin K McAleenan and Australian Minister for Home Affairs Peter Dutton, calls on Facebook to ensure that any future encryption plans do not lead to a reduction of user safety and include a means for lawful access to the content of communications to protect citizens.

"Security enhancements to the virtual world should not make us more vulnerable in the physical world. We must find a way to balance the need to secure data with public safety and the need for law enforcement to access the information they need to safeguard the public, investigate crimes, and prevent future criminal activity," it notes.

"Not doing so hinders our law enforcement agencies' ability to stop criminals and abusers in their tracks," it said.

Facebook said that it strongly believes that people have the right to have a private conversation online, wherever they are in the world but also respects and supports the role law enforcement has in keeping people safe.

"Ahead of our plans to bring more security and privacy to our messaging apps, we are consulting closely with child safety experts, governments and technology companies and devoting new teams and sophisticated technology so we can use all the information available to us to help keep people safe," a spokesperson said.

The open letter came alongside a data access agreement between the US and the UK signed this week, designed to remove the barriers to cross-border surveillance.

It would allow British law-enforcement agencies to demand from US tech firms data relating to terrorists, child-sexual abusers and other serious criminals.

It is hoped it will dramatically speed up investigations - previously, the process of requesting data from US firms could take anything from six months to two years. Under the new agreement that could be cut to a matter of weeks or even days.

But messages sent over services using end-to-end encryption, such as Facebook-owned WhatsApp, will remain unreadable.

Following scandals over the misuse of personal data in recent years, the social network has enhanced encryption to further bolster data security. However, the open letter warned that this would come at a heavy price.

"So far nothing we have seen from Facebook reassures me that their plans for end-to-end encryption will not act as barrier to the identification and pursuit of criminals operating on their platforms," the letter warns.