Ex-Sunday Mirror Journalist to be Charged with Phone-Hacking 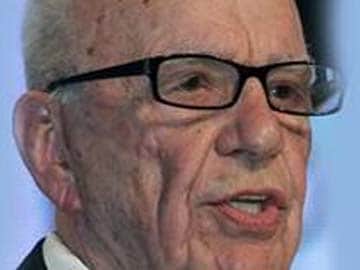 File photo of Rupert Murdoch, the former director of the now discontiued company News of the World.

London: A former Sunday Mirror journalist is to be charged with hacking phones 13 years ago, prosecutors said on Thursday.

Graham Johnson is accused of intercepting mobile phone voicemail messages between August and October 2001. He will appear before London's Westminster Magistrates' Court on Nov. 6.

"We have decided there is sufficient evidence for a realistic prospect of conviction and that a prosecution is in the public interest," Gregor McGill, a senior lawyer at the Crown Prosecution Service, said in a statement.

Britain's newspaper industry and political establishement was rocked in 2011 by revelations of widespread hacking at Rupert Murdoch's rival Sunday tabloid, the News of the World.

Murdoch closed the paper and a police investigation culminated in the jailing in July of Andy Coulson, the tabloid's former editor and Prime Minister David Cameron's former media chief, along with other former senior staff.

The police inquiry has been widened to cover other newspapers and other alleged criminal acts.

Promoted
Listen to the latest songs, only on JioSaavn.com
Last month Trinity Mirror, which publishes the Sunday Mirror, for the first time admitted liability over hacking the phones of four people and said it would pay compensation.