The criticism came on the day the FAA gathered dozens of the world's top aviation officials in Fort Worth, Texas, to offer them its "safety analysis" of the plane 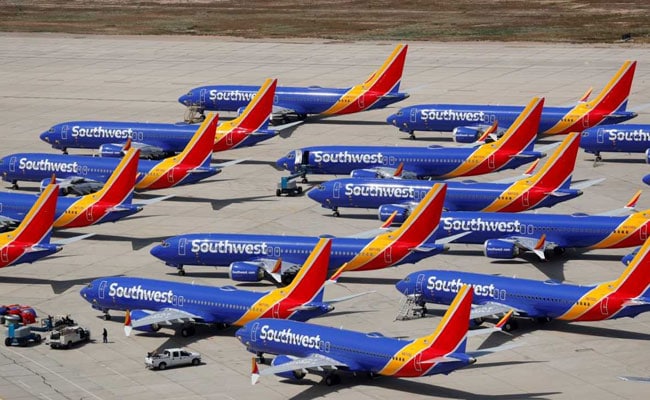 Agency would "revoke the suspension" only once it approves design changes proposed by Boeing: Spokesman

An organization representing European pilots said Thursday that the Federal Aviation Administration and Boeing have failed to resolve fundamental questions about the oversight and design of the 737 Max, adding that it is "deeply disturbing" that the FAA and manufacturer are pushing to allow the planes back in the sky before first addressing systemic problems.

"How can a design and regulatory setup that originally failed by approving a flawed aeroplane's entry into service credibly provide the solution without significant reform?" asked officials with the European Cockpit Association, which represents pilots from more than 30 countries.

The criticism came on the day the FAA gathered dozens of the world's top aviation officials in Fort Worth, Texas, to offer them its "safety analysis" of the plane and Boeing's planned fixes to an automated system that officials say contributed to two deadly crashes involving the jet.

Acting FAA Administrator Daniel Elwell told officials Thursday that the agency had determined the "technical steps and sequence of events that we anticipate would be involved in ungrounding the Max fleet in the United States," though he declined to offer a public timetable for when that would occur. He told questioners it could be as early as next month or as late as next year, depending on safety findings.

Among those steps could be a new focus on maintaining external Angle of Attack indicators, which measure the relative position of the nose of the airplane and the oncoming wind, one meeting participant said.

Investigators say faulty information from those external sensors led the anti-stall feature known as the Maneuvering Characteristics Augmentation System to repeatedly - and mistakenly - force down the noses of the planes that crashed in Indonesia and Ethiopia.

Some participants in Thursday's meeting, including representatives of the European Union Aviation Safety Agency, have indicated to the FAA that they won't commit to clearing the troubled jet to resume flights until their own safety questions are answered.

EASA spokesman Jagello Fayl said the agency would "revoke the suspension" only once it approves design changes proposed by Boeing, finishes its own "additional independent design review," and is certain pilots are adequately trained.

Boeing has said it has designed a software fix that makes the MCAS feature reliant on two external sensors, rather than one, and is essentially meant to make the system less aggressive to prevent it from overpowering pilots.

Fayl said the European aviation agency is "in continuous contact with the FAA and Boeing." He said the information provided so far from preliminary investigations into the crashes "is deemed to provide sufficient understanding of the safety issues to be addressed," though the agency will also analyze "any new information that the investigations make available."

The issue of what would constitute sufficient pilot training is a crucial one. Among the questions is whether simulators should be required before the planes are allowed back in the air, which would be more expensive and time consuming yet also more immersive, or whether the needed training could be done on a tablet computer.

Elwell said the issue is under review. He also said that under international protocols the United States will be the first to lift the grounding, since it was the country that originally certified the Max, and that that would happen "only when we determine based on facts and technical data that it is safe to do so."

After the March 10 crash in Ethiopia, international aviation authorities - in China, Europe and elsewhere - were among the first to ground the aircraft. The United States was among the last to do so.

The U.S.'s reluctance to take quick action earned it criticism and raised questions about the rigor and independence of its decision-making and certification of the 737 Max under a system that grants Boeing far-reaching responsibilities for overseeing the safety of the company's own products.

The FAA has been seeking to regain the confidence of its peers and its leadership position in aviation safety, and agency officials described what they've been doing to restore confidence in the plane they first certified as safe more than two years ago. They also emphasized the importance of international cooperation.

Boeing and the FAA have faced sharp questions about why pilots were not given detailed information about MCAS before the crashes, and about their shared assurances that the plane was safe to fly.

Ethiopian Airlines said last week that it was one of the only countries to purchase a Boeing Max 8 simulator, but "it's very unfortunate" that the simulator "was not configured to simulate the MCAS operation by the aircraft manufacturer."

The perceived closeness between the United States' top aviation regulator and one of the nation's most important manufacturers also remained an issue internationally.

The European Cockpit Association said in its statement Thursday that it was "extremely worrying" that "the manufacturer and the authorities are difficult to distinguish" in the FAA's certification system, which delegates broad safety oversight responsibilities to Boeing.

"But the problem is that it seems there was no independent regulator to look at this in-depth from a safety perspective and scrutinize what appears to be a design philosophy driven by commercial priorities," Horne said. "What has been revealed is an oversight and regulatory setup that leaves pilots' trust and confidence severely undermined."

Elwell has strongly defended the FAA's certification system, saying it has contributed to an extraordinary safety record. A U.S. "technical advisory board," which includes experts from the U.S. Air Force, NASA, the FAA and the U.S. Department of Transportation who were not involved in the original certification of the Max, will make recommendations that will "directly inform" the FAA's decision on when to unground the plane, he said.

Several other reviews into the certification system are ongoing, he said, but are "not directly related to the Max return to service."

Boeing officials said "safety is our shared priority," and have argued that they followed long-standing certification procedures for that Max that resulted in generations of safe airplanes.

Boeing "continues to fully support airline customers and regulators from around the world" as its software fix is examined and certified, and is supporting "enhanced pilot training and education that will help prevent accidents like these from happening again," the company said in a statement.

Over the past two weeks, the company has held seven global conferences for airlines that operate the Max "to answer their questions and provide them with the information needed to safely return the updated Max to service, once FAA certification is complete and approval is gained from regulators around the world," the company said.

Under congressional questioning last week, Elwell described the uncomfortable position the U.S. found itself in following the March crash in Ethiopia and a cascade of grounding announcements around the world, even as U.S. officials insisted there was no data to support such moves. And he made a remarkable appeal for global unity regarding the 737 Max and its future.

Given that "there is the perception, at least, of a crisis in confidence, particularly with regard to the airplane, and maybe larger," the FAA is seeking to "sort of fix a process that didn't, in my opinion, go in a way that we're used to internationally," Elwell said.

"Internationally, we are collaborative 99 percent of the time. When the Ethiopian accident happened, it was not a collaborative process, from Sunday night until Wednesday morning, despite our best efforts and attempts to have conversations. I know countries act, and they act for various reasons," Elwell said.

Elwell was referring to the period following the Ethiopian Airlines crash on Sunday, March 10, when a succession of countries, seeing similarities between it and the October crash in Indonesia, barred the 737 Max from flying. It was Wednesday, March 13, when President Trump announced that the United States was following suit.

Elwell said the decision to allow the Max to return to service should be done together as much as possible.

"On the ungrounding, I think it's just critically important that, as a global aviation community, we do what we do best - we collaborate, we exhibit transparency," Elwell said.

"My hope is that they have the confidence in our work and our analysis to make their ungrounding decisions, if that's where the discussion is, as close to our decision as possible, because I think that's important for the world to have some level of confidence," Elwell said.