According to the final results, Emmanuel Macron won the presidential vote with 66.1 per cent of the total votes. 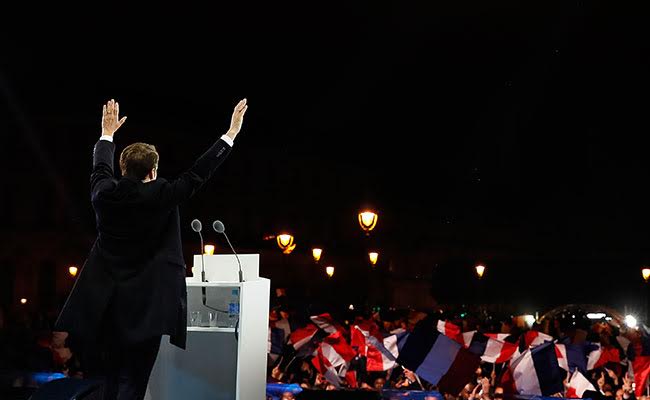 Paris: Emmanuel Macron won 66.1 per cent of the vote against 33.9 per cent for far-right leader Marine Le Pen in France's presidential election, final results from the interior ministry showed on Monday.

The abstention rate was 25.44 per cent, the highest since the presidential election in 1969.

The interior ministry on Sunday reported a record number of blank and invalid ballots, accounting for nine per cent of all registered voters, compared with two per cent in the first round.

Together with the abstention rate, that means that one in three voters declined to choose between the two candidates.

The abstention rate was 22.23 per cent for during the first round of the election on April 23, making it the first time since the 1969 election that turnout was lower in the second round than in the first.

Casting a blank ballot -- traditionally used by disgruntled French voters as a protest vote -- usually increases in the second round.

Promoted
Listen to the latest songs, only on JioSaavn.com
But this year it quadrupled, thanks in part to an unprecedented situation of neither the two mainstream left-leaning or right-leaning parties making it to the run-off.