German Chancellor Angela Merkel pinned the hopes of millions of European on newly elected French president Emmanuel Macron, whose victory has been celebrated by pro-Europe leaders. 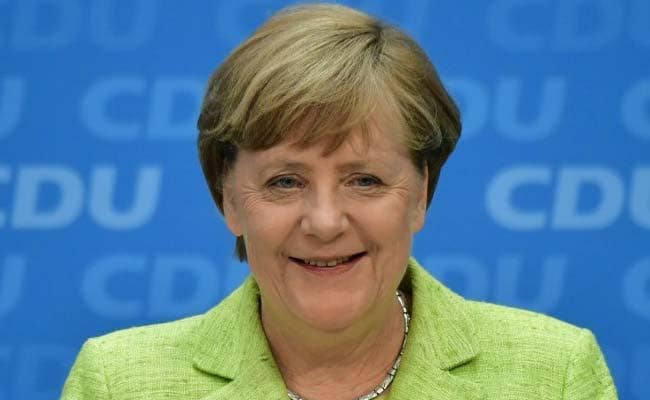 Angela Merkel, a vocal supporter of Macron, has praised his 'courageous' campaign (AFP)

"Macron carries the hopes of millions of French people and also many in Germany and across Europe," she told reporters, saying she was "very pleased" by his victory.

"He led a courageous, pro-European campaign and stands for openness to the world and decisively for the social market economy."

As France commemorated victory over the Nazis in World War II, Merkel said the two countries had "over the decades developed a solid friendship" whose preservation had become a "pillar of German policy".

"We, Germany and France, are facing many shared challenges and are working to lead the European Union into a secure and successful future," she said.

She said she hoped and believed that cooperation with Macron would progress "in exactly this spirit".

"I wish him and all the people of France the greatest success," Merkel added.

The German leader and her government had thrown their support behind Macron against far-right and anti-EU challenger Marine Le Pen during the campaign for the French presidential election.

Promoted
Listen to the latest songs, only on JioSaavn.com
She spoke by telephone with Macron just minutes after his resounding win Sunday and praised his commitment to the EU.