Elizabeth Warren said she is concerned about the communications blackout in Jammu and Kashmir, adding that India-US ties are "rooted in our shared democratic values". 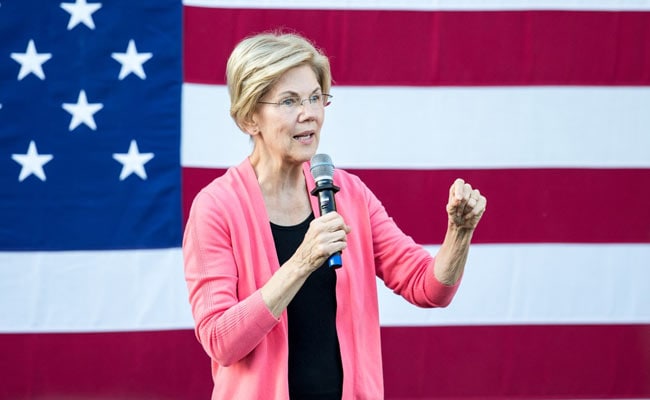 US Senator Elizabeth Warren on Saturday became the second presidential candidate of the Democratic party to voice concerns over the communications lockdown in Jammu and Kashmir, in force since the centre revoked the state's special status on August 5. The influential American politician's statement comes a month after fellow Democrat Bernie Sanders expressed similar concerns.

India-US ties are "rooted in our shared democratic values", said Ms Warren. "I'm concerned about recent events in Kashmir, including a continued communications blackout and other restrictions. The rights of the people of Kashmir must be respected," she said in tweet.

The Massachusetts senator is one of the fiercest critics of US President Donald Trump, and has often accused him of undermining democracy.

The US-India partnership has always been rooted in our shared democratic values. I'm concerned about recent events in Kashmir, including a continued communications blackout and other restrictions. The rights of the people of Kashmir must be respected.https://t.co/K7JDmAjQg7

Senator Bernie Sanders, while speaking at a campaign rally last month, called for the lifting of the communication blockade in Kashmir. "I am deeply concerned about the situation in Kashmir..." he said.

"The communication blockade must be lifted immediately and the US government must speak out boldly in support of international humanitarian law and in support of UN backed peaceful resolution that supports the will of Kashmiri people," said Mr Sanders.

The senator from Vermont once again invoked Kashmir during Prime Minister Narendra Modi's visit to the US last month. In an op-ed for a local newspaper, he criticised Trump's "deafening silence" on the clampdown in the state, the same day the US President shared stage with PM Modi at the mega 'Howdy, Modi!' event in Houston, Texas.

"I know that when a president stays silent in the face of religious persecution, repression and brutality, the dangerous message this sends to authoritarian leaders around the world is, 'Go ahead, you can get away with it,'" Mr Sanders wrote in the Houston Chronicle, news agency AFP reported.

India had ended Jammu and Kashmir's special status on August 5 and split it into two union territories, saying the move would help ensure that people of the state get the same constitutional benefits as the rest of the country and spur development.

Some of those curbs have been slowly relaxed, but mobile and internet communications in the Kashmir valley are largely still blocked.

Defending the restrictions last month, Foreign Minister S Jaishankar had said, "It wasn't possible to stop communications between militants without impacting all of Kashmir. How do I cut off communication between the terrorists and their masters on the one hand, but keep the Internet open for other people? I would be delighted to know."