'How To Block Internet For Terrorists, Spare Others?' S Jaishankar On J&K

However, S Jaishankar expressed confidence that security restrictions on Kashmir would be eased in the "coming days". 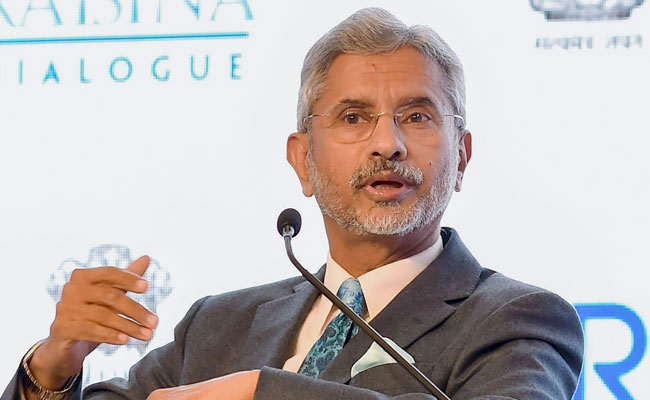 S Jaishankar said talks with Pakistan will not be possible unless it stops supporting terrorism.

External Affairs Minister S Jaishankar has justified the restrictions on phone and mobile internet services in Kashmir, saying it was needed to stop communication between terrorists. "It wasn't possible to stop communications between militants without impacting all of Kashmir. How do I cut off communication between the terrorists and their masters on the one hand, but keep the Internet open for other people? I would be delighted to know," he said in an interview with Politico magazine in Brussels, Belgium, a few days ago.

Several countries including the United States have expressed concern over the security curbs in Jammu and Kashmir ever since its special status was scrapped through a presidential order. According to news agency PTI, European Union foreign policy chief Federica Mogherini urged for resumption of India-Pakistan talks and stressed on the need to "restore the rights and freedoms of the Kashmir population" in her meet with S Jaishankar recently.

However, the External Affairs Minister expressed confidence that security restrictions across the region would be eased in the "coming days". This would involve the redeployment of police to their original duties and a reduction in the number of additional security forces across Kashmir, Mr Jaishankar said, adding: "Frankly, they have other jobs and other things to do."

External Affairs spokesperson Raveesh Kumar had earlier said that all landline connections in Jammu and Ladakh are now active, and restoration work in Kashmir is being taken up in a phased manner. Besides this, mobile phones are now operational in 10 districts of Jammu as well as the revenue districts of Handwara and Kupwara, he added.

In his interview with Politico, Mr Jaishankar downplayed Pakistan Prime Minister Imran Khan's "warning" of an impending war between the two nuclear powers during the interview, and ruled out any possibility of heading to the negotiationing table unless the neighbouring country stops financing and recruiting terrorist groups.

He also denied Imran Khan's claim that there was a Hindu nationalist agenda behind scrapping Jammu and Kashmir's special status. "The kind of people who say this are people who don't know India," he said. "Does this sound like the culture of India?"

An op-ed article that appeared in The New York Times late last month had the Pakistan Prime Minister terming the Narendra Modi government's decision to revoke Jammu and Kashmir's special status last month as an "assault on Kashmir and its people". He then went on to claim that a military escalation between the nuclear powers was imminent unless global powers intervene in the matter.