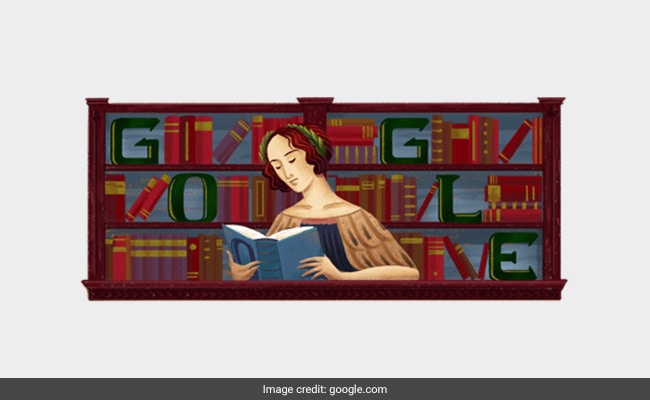 Google Doodle: Elena Cornaro Piscopia is said to be the first woman to earn a PhD, at the age of 32

Today's Google Doodle celebrates Italian philosopher and theologian Elena Cornaro Piscopia. Elena Cornaro Piscopia was born in Italy's Venice on June 5, 1646. She is said to be the first woman to earn a PhD at the age of 32 and throughout her lifetime, had learned several languages, subjects and the use of many musical instruments. When Elena was just seven years old, her parents recognised her potential. Her parents were encouraged by a family friend to give her lessons in Greek and Latin. Apart from these languages, Elena Cornaro Piscopia also learned the languages of Hebrew, Spanish, French and Arabic.

She also studied the use of several musical instruments like the harpsichord, clavichord, harp and violin. Apart from these, she studied mathematics and astronomy as well. But, her interests lay in theology and philosophy. Elena Cornaro Piscopia enrolled at the University of Padua in 1672 after becoming the president of the Venetian society Accademia dei Pacifici.

Elena Cornaro Piscopia's oral examination garnered huge interest, so much so, that it was conducted at the Padua cathedral instead of the university, in order to accommodate the huge audience of professors, students, senators and many other guests, invited from universities across Italy.

She impressed the committee after she spoke in Latin to explain tough passages which were randomly selected from Aristotle's writings. The committee chose to express their approval publicly in granting her the doctorate rather than doing so through secret ballot.

A wreath of laurel was placed on her head, with a gold ring on her finger, a book of philosophy in her hand and an ermine cape on her shoulders, as is illustrated in Google's Doodle.