Egypt Sentences 75 To Death Over Clashes, Journalist Gets 5 Years

In a statement, Amnesty condemned Saturday's death sentences and heavy prison terms after what it called a "disgraceful mass trial". 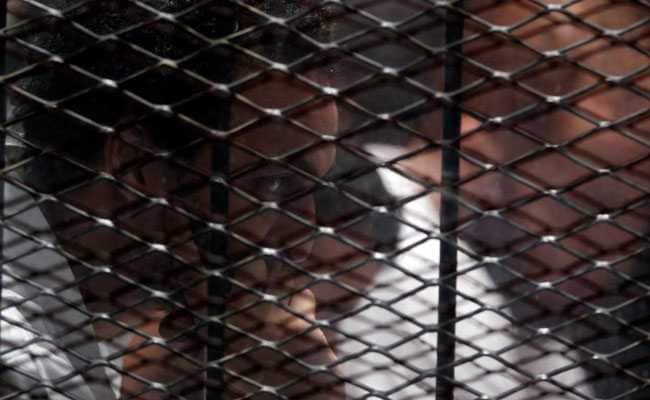 An Egyptian court on Saturday upheld death sentences against 75 people, in one of the largest mass trials since the 2011 uprising, and gave a five-year jail term to an award-winning photojournalist.

Amnesty International said the sentences, linked to clashes in 2013 between security forces and supporters of ousted Islamist president Mohamed Morsi, amounted to "a mockery of justice".

Photographer Mahmoud Abu Zeid was among 739 defendants on trial, most of them charged with killing police and vandalising property.

The journalist, widely known as Shawkan, was arrested as he covered the clashes that turned into a bloodbath in which hundreds of demonstrators died.

Of the 75 defendants facing the death penalty, 44 were in the dock while the rest were tried in absentia.

Forty-seven were handed life sentences, while 347 were given 15 years in prison, and 22 minors received 10-year terms.

In a statement, Amnesty condemned Saturday's death sentences and heavy prison terms after what it called a "disgraceful mass trial".

The rights watchdog called for a retrial in front of an "impartial court".

It said the verdicts were "a mockery of justice", since "not a single police officer has been brought to account".

Shawkan, who earlier this year received UNESCO's World Freedom Prize, is expected to walk free within days because of time served, his lawyer said.

He was accused of "murder and membership of a terrorist organisation" -- charges that can carry the death penalty -- but has already spent five years in jail.

Smiling in the dock, the photojournalist made a "V" for victory sign, while his lawyer, Karim Abdelrady, said he would launch a legal bid to have the conviction overturned.

His detention sparked outrage among human rights groups and NGOs who lobbied continuously for his release.

A photo of Shawkan -- behind bars with his hands in front of his face mimicking holding a camera -- has circulated widely on social media.

Amnesty said he had been convicted "simply for doing his job as a photojournalist and documenting the police brutality that took place that day".

Reporters Without Borders (RSF) ranks Egypt 161st out of 180 countries on its press freedom index and says that at least 31 journalists are currently detained in the Arab world's most populous nation.

On August 14, 2013, one of the bloodiest days in Egypt's modern history, a month after the army ousted Morsi, police moved to disperse a sprawling Islamist protest camp at Rabaa al-Adawiya square in Cairo.

About 700 people were killed within hours at that site and Nahda Square where another sit-in was being held.

Hundreds more were killed in street clashes with police over the months that followed and mass arrests were made.

Amnesty and Human Rights Watch say at least 40,000 people were arrested in the first year after Morsi's ouster on July 3, 2013.

Egypt's courts have sentenced hundreds of them to death or lengthy jail terms after other speedy mass trials, including Morsi and several leaders of his Brotherhood movement.

Sisi won re-election with 97 percent at a vote in March against a single opponent widely seen as a token challenger, with critics saying the president had carried out a widespread crackdown on dissent.

(Except for the headline, this story has not been edited by NDTV staff and is published from a syndicated feed.)
Comments
EgyptEgypt mass trialsEgypt 2013 clashes