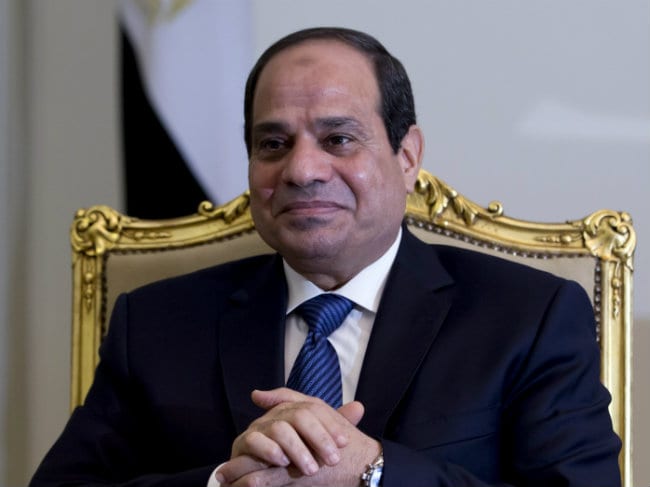 Egypt on Tuesday rejected accusations of blame in the death of seven civilians killed in Libya last week when Cairo's military bombed suspected Islamist militant targets after the beheading of 21 Egyptian Christians.

A report on Monday from Amnesty International in London said the Egyptian air force had "failed to take the necessary precautions" during the attack and had "joined the ranks of those placing civilians at risk in Libya".

Egypt's President Abdel Fattah al-Sisi said on Sunday, before the Amnesty report was released, that the air force had hit 13 targets selected after careful study and reconnaissance to avoid civilian casualties.

The attack was launched last week after militants loyal to Islamic State released a video showing the beheading of 21 Coptic Christians from Egypt on a beach in Libya.

"The latest report issued by Amnesty International on the Egyptian air strike on the sites of the terrorist organization of (ISIL) includes false and incorrect information," the MENA news agency quoted foreign ministry spokesman Badr Abdelatty as saying on Tuesday.

He expressed Egypt's "deep surprise and resentment at the report", the agency added.

Abdelatty did not say Egypt was denying that seven civilians were killed in the strikes. The foreign ministry was not immediately available for comment.

Sisi also said the army decided not to launch air strikes on a gathering of militants in Northern Sinai during Ramadan last summer because women and children were among them.

An air force commander with the internationally recognised Libyan government told Egyptian television last week that Libyan planes that joined the attack might have hit a house and caused casualties. Abdellatty did not refer to his comments.

Events in Derna, scene of the attack, are difficult to verify as most independent human rights activists and journalists have left the city due to threats from militants.

Libya is in turmoil, with two rival governments and parliaments allied to armed groups fighting for territory and legitimacy four years after the ousting of Muammar Gaddafi.

Promoted
Listen to the latest songs, only on JioSaavn.com
Another rights group, New York-based Human Rights Watch, echoed what Amnesty said about the killing of at least seven civilians in the Egyptian air strikes.

Like Amnesty, it also called for a speedy and transparent investigation into the deaths.
© Thomson Reuters 2015