EgyptAir said negotiations with the hijacker had resulted in the release of all but seven people. (Reuters photo)

Larnaca: An Egyptian plane on a flight between Alexandria and Cairo was hijacked and forced to land in Cyprus by a man apparently distressed over a family matter.

After the EgyptAir plane landed at Larnaca airport, the hijacker released all the people onboard except three passengers and five members of the crew following negotiations, EgyptAir said. (5 Pics)

About 60 people, including seven crew, had been onboard the Airbus 320, Egyptian and Cypriot officials said.

The pilot reported that the man was strapped with explosives, although this was not confirmed.

Some reports said the hijacker is now demanding the release of some female prisoners in Egypt. 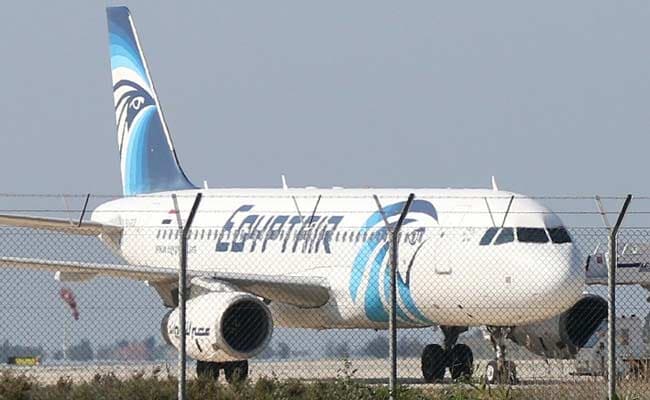 The EgyptAir flight was kept in isolation at the Larnaca airport.

Citing security sources, Cypriot state media said that the motives of the hijacker appeared personal and he had asked to contact his ex-wife, who lives in Cyprus.

"It is not something which has to do with terrorism," Cypriot President Nicos Anastasiades told reporters.

Asked if a woman was involved he said "There is always a woman involved."

There was some confusion over the identity of the hijacker.

Eyptian state media named him as Ibrahim Samaha, an Egyptian, but gave no other details about him.

However, Gamal al-Omrawi, a deputy dean at Alexandria Unversity, said that Samaha was a passenger on the plane and not the hijacker. He said he had spoken by phone to Samaha, who confirmed that he was one of the passengers who was released. 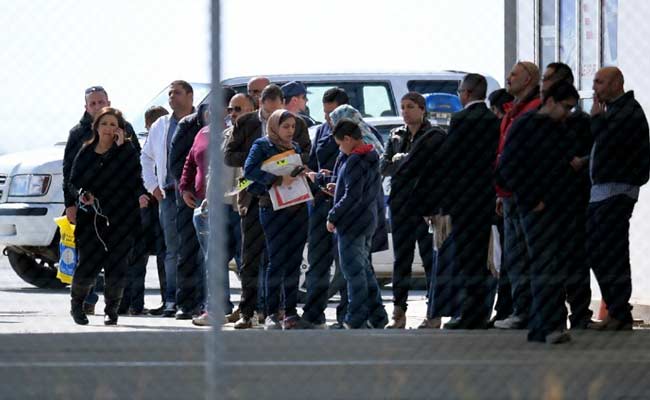 There were about 60 people on-board the flight. (AFP photo)

The Civil Aviation Ministry said the plane's pilot, Omar al-Gammal, had informed authorities that he was threatened by a passenger wearing a suicide explosives belt who forced him to land in Larnaca.

A Cyprus Foreign Ministry official said he could not confirm the man was rigged with explosives. The hijacking occurred in Cyprus's flight information region.

Witnesses said the hijacker threw a letter on the apron of the airport in Larnaca, written in Arabic, asking that it be delivered to his ex-wife, who is Cypriot.

Passengers on the plane included eight Britons and 10 Americans, three security sources at Alexandria airport said. The Dutch Foreign Ministry said a Dutchman was among the foreigners still onboard the aircraft. 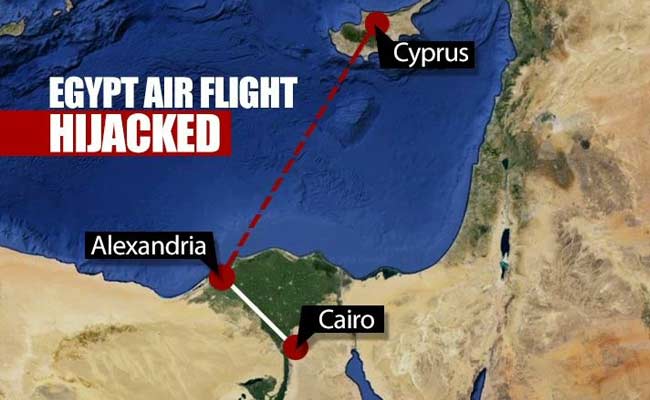 The EgyptAir flight was diverted to Cyprus, where it landed at Larnaca airport on the south coast.

Israel scrambled warplanes in its airspace as a precaution in response to the hijacking, according to an Israeli military source.

Egypt's vital tourism industry was already reeling from the crash of a Russian passenger plane in the Sinai in late October.

President Abdel Fattah al-Sisi has said it was brought down by a terrorist attack. Islamic State has said it planted a bomb on board, killing all 224 people on board.

Cyprus has seen little militant activity for decades, despite its proximity to the Middle East.

A botched attempt by Egyptian commandos to storm a hijacked airliner at Larnaca airport led to the disruption of diplomatic relations between Cyprus and Egypt in 1978.

In 1988, a Kuwaiti airliner which had been hijacked from Bangkok to Kuwait in a 16-day seige had a stopover in Larnaca, where two hostages were killed.