Officials with the Federal Aviation Administration said at 4:44 p.m. on Tuesday they received two reports of possible drones operating near Newark Airport. 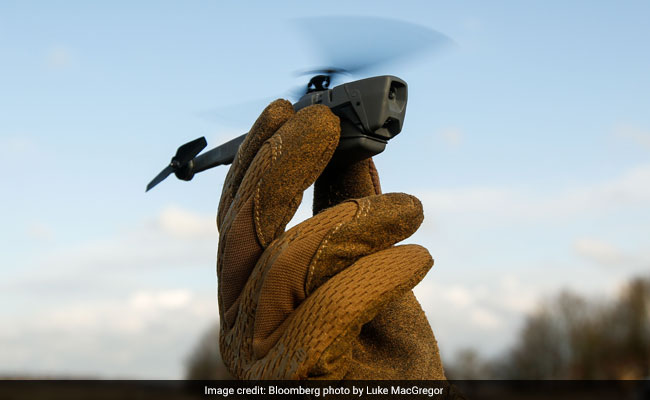 As drones proliferate, pilots are increasingly reporting them in the skies.

One day after reports of drone activity near Newark Liberty International Airport temporarily halted flights, there are questions about whether the unmanned object spotted in the New Jersey sky, was indeed a drone.

Officials with the Federal Aviation Administration said at 4:44 p.m. on Tuesday they received two reports of possible drones operating near Newark Airport. One came from a Southwest pilot and the other from a United pilot who saw what they believed was a drone in the air as they prepared to land at Newark. However, an FAA spokesman said on Wednesday, the agency has been unable to independently confirm the sightings.

"We continue to work with local law enforcement to find additional evidence," the spokesman said.

The agency had initially said that the drones were spotted near Teterboro Airport, a smaller facility located about 17 miles north of Newark. On Wednesday, they said the drones were operating about nine miles from Newark Airport in airspace used by incoming flights.

Industry experts, however, are pushing back against the reports. The objects could have been balloons, plastic bags or space junk, they said. Brendan Schulman, spokesman for DJI, the world's largest drone-maker, said that the pilots likely spotted something in the air and that it's unlikely it was a drone.

He said previous reports of drones flying near Gatwick and Heathrow airports in London - have made people more "predisposed"to assuming when they see something in the air, it's a drone.

"There's certainly cases of knuckleheads flying drones where they shouldn't be, but we have strong reservations on (the Newark) report," he said. "There has been case after case after case of someone who saw a drone in the air that turned out to be a bat or a balloon or a plastic bag."

Federal officials are wrestling with how to regulate drones as their numbers continue to grow. Government officials estimate that more than 1 million are already in use.

(Except for the headline, this story has not been edited by NDTV staff and is published from a syndicated feed.)
Comments
drone activity New JerseyNew JerseyNewark Airport