The strike conducted in Baghdad against Iran's Qasem Soleimani "went forward with no notification or consultation with Congress," House Foreign Affairs Committee chairman Eliot Engel said in a statement. 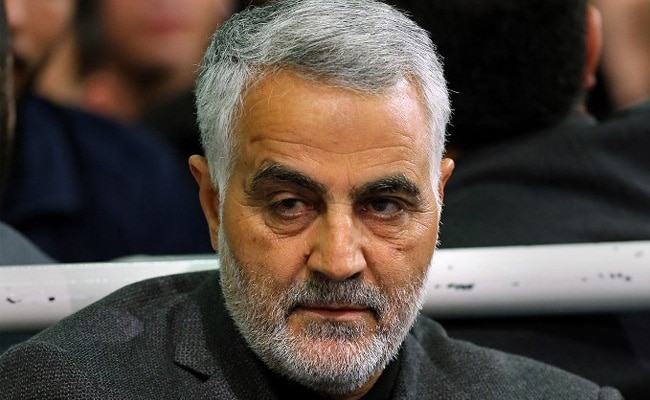 US lawmakers were not told in advance of the attack ordered by President Donald Trump that killed a top Iranian military commander, a senior House Democrat said late Thursday.

The strike conducted in Baghdad against Iran's Qasem Soleimani "went forward with no notification or consultation with Congress," House Foreign Affairs Committee chairman Eliot Engel said in a statement.

Soleimani was "the mastermind of immense violence" who has "the blood of Americans on his hands," the Democratic lawmaker said.

But "to push ahead with an action of this gravity without involving Congress raises serious legal problems and is an affront to Congress's powers as a coequal branch of government," Engel added.

The White House traditionally notifies senior members of both parties in the Senate and House of Representatives ahead of major military action.

But top Senate Democrat Chuck Schumer "was not given advanced notice" of the strike, a senior Democratic aide told AFP.

Republican leaders have not stated publicly whether officials informed them ahead of the attack.

The War Powers Resolution requires the president to notify Congress within 48 hours of committing armed forces to military action.

But several Democrats have warned that Congress's constitutional role in making decisions about war have been eroded in the first three years of the Trump administration.

"Even if this strike was in self-defense, no current congressional authorization covered it and the President needs to notify Congress within 48 hours pursuant to the War Powers Resolution," Engel said.

Several Democrats, including the party's 2020 presidential frontrunner Joe Biden, the former vice president, have warned that the targeted killing could bring US forces dramatically closer towards an armed conflict with Iran.

(Except for the headline, this story has not been edited by NDTV staff and is published from a syndicated feed.)
Comments
Donald TrumpQasem SoleimaniIran