When Rebelo de Sousa said Cristiano Ronaldo was "the best player in the world", Trump asked "so will Cristiano ever run for President against you?" 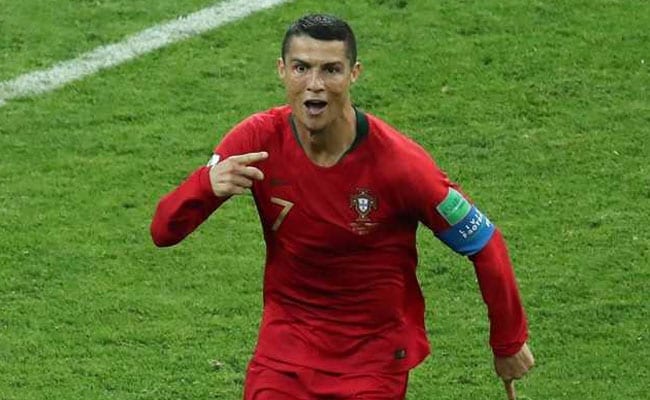 US President Donald Trump cracked a joke about Portuguese soccer star Cristiano Ronaldo running for president against incumbent Marcelo Rebelo de Sousa, who responded by saying that Portugal "is nothing like the US".

What started off as a casual conversation on Wednesday about the World Cup between Donald Trump and Rebelo de Sousa, who is on an official visit in Washington, revealed the stark contrast between their political cultures, Efe news reported.

In his first bilateral meeting with President Trump, Rebelo de Sousa bantered that when Trump would talk World Cup in his upcoming summit with Russian President Vladimir Putin, he should not forget to mention that "Portugal is still there and hopes to win..."

"Don't forget that Portugal has the best player in the world who is called Cristiano Ronaldo," Rebelo de Sousa told Trump in the White House.

President Trump recognised that Portugal indeed was "doing very well" and asked his counterpart "how good a player" Ronaldo was.

When Rebelo de Sousa said Ronaldo was "the best player in the world", Trump asked "so will Cristiano ever run for President against you?"

As his Portuguese counterpart pondered on a response, Trump assured him that "Cristiano wouldn't win, you know he won't".

At this Rebelo de Sousa turned and said "President, you know -- you know something -- I must tell you, Portugal is not like the US. It's a little different."