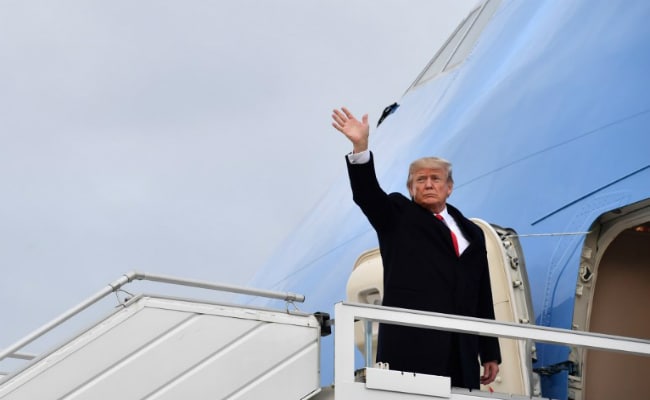 US President Donald Trump watched the testimony of the woman accusing his Supreme Court nominee Brett Kavanaugh of sexual assault Thursday on board Air Force One, the White House said.

Trump's spokeswoman Sarah Sanders told reporters accompanying the president back to Washington from the UN General Assembly in New York that he was watching Christine Blasey Ford testify before the Senate Judiciary Committee, with a slight delay.

She added that the president had not spoken to Kavanaugh on Wednesday or Thursday.

The Republican president has fiercely defended his court pick against multiple accusations of sexual misconduct dating back decades to his youth, but said Wednesday he would watch the hearing and was open to changing his mind.

(Except for the headline, this story has not been edited by NDTV staff and is published from a syndicated feed.)
Comments
Donald TrumpBrett KavanaughChristine Blasey Ford testimony