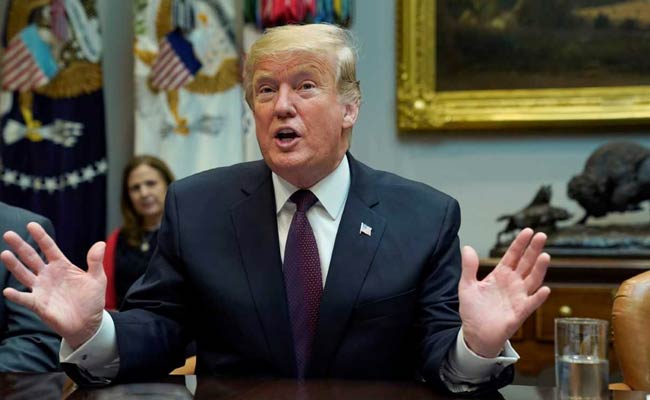 Donald Trump said paying billions of dollars a month for the privilege of coming into the US.

The steep trade tariffs President Donald Trump imposed last year brought an additional $9 billion into the government's coffers from October to December but the deficit was still 42 percent higher than the prior year, the US Treasury reported Wednesday.

Trump has repeatedly touted the tariffs imposed last year, notably on $250 billion in annual imports from China, as a windfall for the US government, paid by Chinese firms, when in fact they are paid by American companies.

China now is "paying billions of dollars a month for the privilege of coming into the United States," Trump said Tuesday.

Total customs duties collected rose to $18 billion compared to the same period of 2017, while December amount doubled to $6 billion, according to the monthly budget statement.

Trump also imposed steep punitive tariffs on steel and aluminum imports, as well as other goods like solar panels and washing machines, in a bid to protect US industry, which drew retaliation from American trading partners.

But despite the increase in duties collected, the US fiscal deficit in the first quarter of the 2019 fiscal year, which began October 1, widened by $94 billion to $319 billion due to an increase in spending of nearly $100 billion, the report showed.

The increased outlays included big jumps for Medicare, Social Security, defense spending and an $18 billion increase in interest on the public debt -- which this month hit a record $22 trillion.

For the fiscal year ended through September 2018, the deficit was $779 billion, a 17 percent increase over the prior year, but this year it is expected to rise to $900 billion, according to an estimate from the nonpartisan Congressional Budget Office.