The comments represent the latest point of tension between Donald Trump and a group of retired general officers who have criticized the commander-in-chief publicly for his handling of national security and military matters. 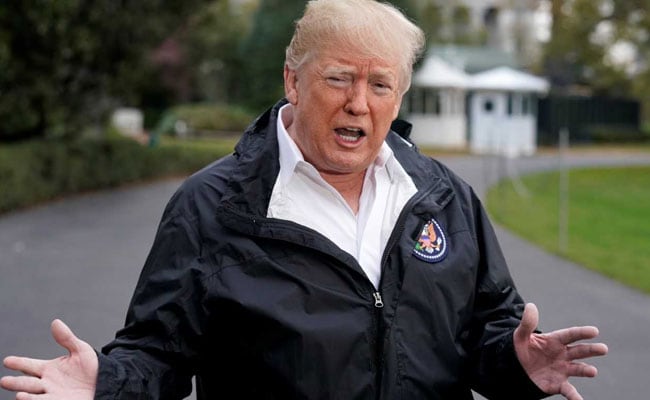 "Wouldn't it have been nice if we got Osama bin Laden a lot sooner?" Donald Trump said

The comments, which the president made in an interview with Chris Wallace on "Fox News Sunday," represent the latest point of tension between Trump and a group of retired general officers who have criticized the commander-in-chief publicly for his handling of national security and military matters.

McRaven, a retired Navy SEAL, oversaw the 2011 operation that killed bin Laden at a compound in Abbottabad, Pakistan. After Trump revoked former CIA director John Brennan's security clearance in the summer, McRaven wrote an article in The Washington Post defending Brennan as a man of unparalleled integrity and asked the president to revoke his clearance, as well, in solidarity. McRaven also criticized Trump more broadly.

"Like most Americans, I had hoped that when you became president, you would rise to the occasion and become the leader this great nation needs," McRaven wrote. "A good leader tries to embody the best qualities of his or her organization. A good leader sets the example for others to follow. A good leader always puts the welfare of others before himself or herself."

"Your leadership, however, has shown little of these qualities," McRaven added. "Through your actions, you have embarrassed us in the eyes of our children, humiliated us on the world stage and, worst of all, divided us as a nation."

The commentary amounted to a rare public rebuke by a former flag officer, most of whom tend to stay quiet on political matters after retiring, and escalated calls for McRaven to run for public office.

On Sunday, about three months later, Trump fired back at the retired admiral when Wallace brought him up in the interview.

"Bill McRaven, retired admiral, Navy SEAL, 37 years, former head of U.S. Special Operations, who led the operations, commanded the operations that took down Saddam Hussein and that killed Osama bin Laden, says that your sentiment is the greatest threat to democracy in his lifetime," Wallace said, as Trump interrupted him to call the former top commander a "Hillary Clinton fan."

McRaven didn't immediately respond to requests for comment on Sunday.

This isn't the first time that tension between Trump and retired military officers has spilled into public.

Earlier this month, Martin Dempsey, a former chairman of the Joint Chiefs of Staff, joined other retired military officers in hitting out at Trump's deployment of thousands of troops to the border with Mexico the week of the midterm elections. Dempsey called the operation, a show of force against the caravans of Central American migrants traveling north to the U.S. border, a "wasteful deployment of over-stretched Soldiers and Marines."

During the 2016 campaign, Trump attacked retired Marine Corps Gen. John Allen for supporting Clinton, describing the former commander of the NATO-led mission in Afghanistan as "a failed general."

McRaven served as chancellor of the University of Texas after leaving the military but stepped down this year over health concerns. He has chronic lymphocytic leukemia, a type of slow-growing blood cancer that he was diagnosed with in 2010 while in Afghanistan.