Raul Castro's comments came after Trump last month stood before a crowd of anti-Castro activists in Miami's Little Havana and announced tightened rules for Americans traveling to Cuba, banned ties with a military-run tourism firm and reaffirmed the existing US trade embargo. 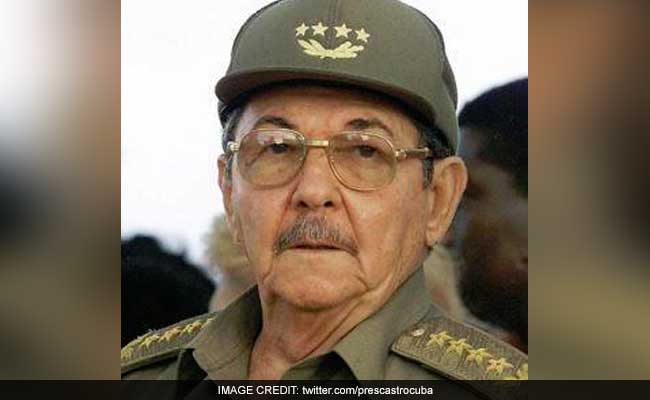 Raul Castro is 86 and is due to leave the Cuban presidency in February.

Havana, Cuba: Cuba's president said Donald Trump's hardline stance towards the country was a "setback" in relations with the United States after ties were gradually restored in 2015. Raul Castro criticized Trump's partial rollback of his predecessor Barack Obama's rapprochement with the communist island in comments ahead of the second anniversary of Havana embassy's reopening in Washington on July 20.

"The announcements made by the current president... mean a setback in bilateral relations," Castro said Friday in remarks broadcast on state television at the closing of the first session of Cuba's parliament.

The remarks came after Trump last month stood before a crowd of anti-Castro activists in Miami's Little Havana and announced tightened rules for Americans traveling to Cuba, banned ties with a military-run tourism firm and reaffirmed the existing US trade embargo.

He framed his measures as a move against a "cruel and brutal" regime, saying progress on bilateral relations would hinge on concessions related to human rights.

Castro called the new measures a toughening of the US embargo against the island, imposed since 1962, saying they evoked "an old and hostile rhetoric that characterized the Cold War".

He also denounced the manipulation of Cuba over human rights issues.

"Cuba has much to be proud of, and it does not have to receive lessons from the United States or anyone else," he said during the session, to which international press does not have access.

"Any strategy that seeks to destroy the revolution, whether through coercion or pressure or through subtle methods, will fail."

Castro -- who is 86 and due to leave the Cuban presidency in February -- reiterated his willingness to continue "respectful dialogue" and negotiate bilateral issues "on the basis of equality" and recognition of "the sovereignty and independence of our country."

The original Cuban government response to Trump's declaration was restrained, expressing rejection of the tightened policy but emphasizing openness to continuing "respectful" negotiation.

Promoted
Listen to the latest songs, only on JioSaavn.com
Trump's critics have warned his clampdown on dealings with Cuban military-run tour firms and on private US travel to the communist-run island would only impoverish ordinary Cubans and threaten diplomatic rapprochement.