At $500 Billion A Year, The United States Has Rebuilt China: Donald Trump

Donald Trump, pursuing his 'America First' policy, has been insisting that China has been unfairly benefitting from a massive trade imbalance with the US. 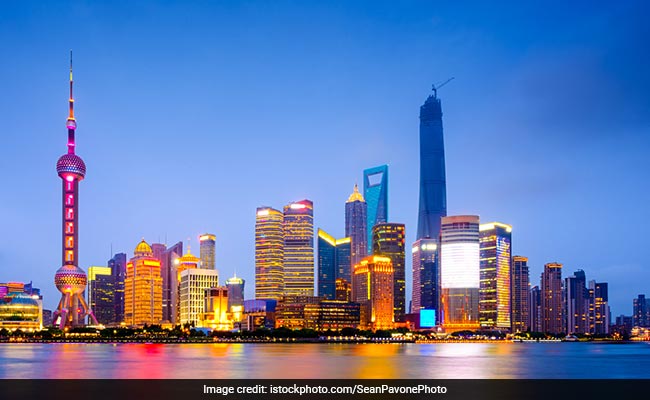 America has rebuilt China, which has been taking out $500 billion a year from the US, Donald Trump said

Washington: US President Donald Trump today claimed that America has rebuilt China which has been taking out $500 billion a year from the US, a day after he threatened to impose tariffs on an additional $200 billion worth of Chinese goods, escalating a trade war between the world's two largest economies.

The move followed tariffs applied last week on $50 billion in Chinese imports to the US. China responded by saying it would hit 659 US products worth $50 billion.

"You see what's happening with China. We have no choice. This should have been done many years ago. China has been taking out $500 billion a year out of our country and rebuilding China," Mr. Trump said in his address to the National federation of Independent Businesses.

"I always say, 'We have rebuilt China'. They've taken so much. It's time, folks. It's time," Mr Trump said.

Mr Trump, pursuing his 'America First' policy, has been insisting that China has been unfairly benefitting from a massive trade imbalance with the US, now estimated to be $376 billion. During the 2016 election campaign, he had promised to use tariffs to cut the US trade deficits.

The White House said that if China goes through with its promise to retaliate against the US tariffs announced last week, the United States will impose tariffs on an additional $200 billion worth of Chinese goods.

"American businesses now are on a level-playing field with your competitors from other countries who have so many advantages, including subsidy by governments," he said.

Mr Trump said that he had ordered US Trade Representative Robert Lighthizer to identify a second tranche of goods imported from China for tariffs of 10 per cent.

He said after the legal process is complete, these tariffs worth $200 billion will go into effect if China refuses to change its practices.

A trade spat between the top two economies of the world began in April with Trump imposing tariffs on steel and aluminium imports into the US from China, which also retaliated by imposing additional tariffs worth about $3 billion on 128 US products.
Comments
Donald TrumpUS China Trade WarUS Rebuilt China