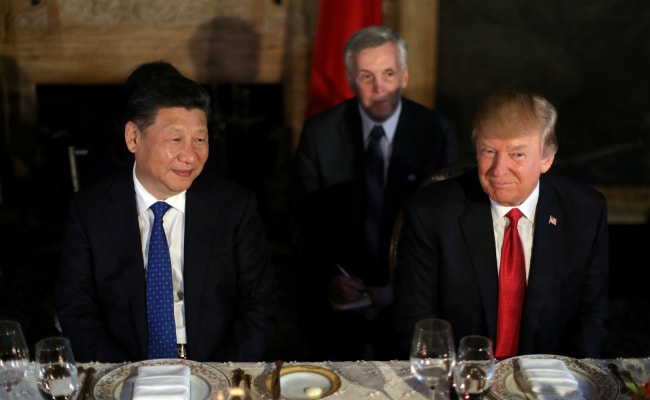 Washington/Palm Beach: In a secure room at his Mar-a-Lago estate in Florida, President Donald Trump's top military advisers presented him with three options for punishing Syrian President Bashar al-Assad for a poison gas attack that killed dozens of civilians. It was Thursday afternoon, just hours before 59 US cruise missiles would rain down on a Syrian military airfield in response to what Trump had called "a disgrace to humanity."

Trump was at his Florida estate for his first summit with Chinese President Xi Jinping. But that summit took a backseat to the top-secret briefing by US National Security Adviser HR McMaster, and Secretary of Defence Jim Mattis, an official familiar with the briefing told Reuters.

McMaster and Mattis presented Trump with three options, which were quickly narrowed to two: bomb multiple airfields or just the Shayrat airfield near the city of Homs, where the military jet carrying the poison gas had taken off, the official said.

At least 70 people, including 20 children, were killed in the gas attack in northern Syria. Russia, which has military forces in Syria aiding Assad's government, says the deaths were caused by a gas leak from a depot where rebel groups stored chemical weapons, a charge the rebels deny and US intelligence officials say is false.

After listening to an argument that it was best to minimize both Russian and Arab casualties, the official said, Trump chose the minimum option and ordered the launch of a barrage of cruise missiles against the Shayrat air field.

Mattis and McMaster argued that choosing that target would draw the clearest line between Assad's use of nerve gas and the retaliatory strike, the official said.

In addition, the living quarters occupied by Russian advisers, Syrian airmen and some civilian workers were on the periphery of the airfield, which meant it could be destroyed without risking hundreds of casualties -- especially if the attack occurred outside the base's normal working hours.

Another official privy to the discussions said the administration has contingency plans for possible additional strikes as early as Friday night, depending on how Assad responds to the first attack.

"Whether this is over is up to President Assad," said this official. "We have additional options ready to go."

Confronting his first foreign policy crisis, Trump relied largely on seasoned military officers -- Mattis, a former Marine general, and McMaster, a US Army lieutenant general -- rather than the political operatives who had dominated his policy decisions in the first weeks of his presidency, said three officials involved in the deliberations. 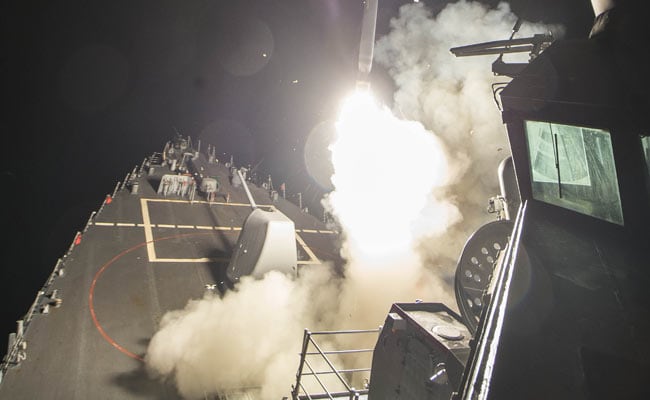 Pentagon released this picture of the US military strike on a Syrian air base.

After news of the gas attack first surfaced on Tuesday, Trump immediately requested a list of options to punish Assad, according to two senior officials who took part in those meetings. The officials all spoke on the condition of anonymity to discuss internal deliberations and intelligence matters.

Senior administration officials said they met with Trump as early as Tuesday evening and presented options including sanctions, diplomatic pressure and plans for a variety of military strikes on Syria, all of them drawn up well before he took office.

The most aggressive option on the shelf, one of the officials said, called for a "decapitation" strike on Assad's presidential palace, which sits alone on a hill west of downtown Damascus.

"He had a lot of questions and said he wanted to think about it but he also had some points he wanted to make. He wanted the options refined," one official said.

On Wednesday morning, intelligence officials and Trump's military advisers said they were certain which Syrian air base was used to launch the chemical attack and that they had tracked the Sukhoi-22 jet that carried it out.

Trump told them to focus on the military plans.

"It was a matter of dusting those off and adapting them for the current target set and timing," said another official.

On Wednesday afternoon, Trump appeared in the White House Rose Garden and said the "unspeakable" attack against "even beautiful little babies" had changed his attitude toward Assad. "I think what Assad did is terrible," Trump had told reporters travelling with him on Air Force One

Asked then whether he was formulating a new policy on Syria, Trump replied: "You'll see."

At about 3:45 pm on Thursday afternoon, General Joseph Dunford, the chairman of the US Joint Chiefs of Staff called an unscheduled meeting of the service chiefs at the Pentagon to finalise the plan for the military strikes.

Shortly after 4 pm, Trump signed off on the missile attacks, according to the White House.

Promoted
Listen to the latest songs, only on JioSaavn.com
Two US warships - the USS Ross and the USS Porter - fired 59 cruise missiles from the eastern Mediterranean Sea at the targeted air base. They began landing at around 8:40 pm ET (00:40 GMT), just as the two presidents were finishing their meals.